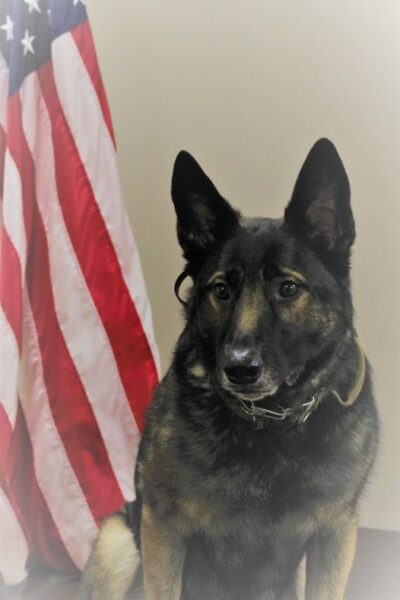 (Cleveland)- White County Sheriff’s Office K9 Henzo has been selected to receive a bullet and stab protective vest thanks to a charitable donation from non-profit organization Vested Interest in K9s, Inc.

A posting on the White County Sheriff’s Office Facebook page says  Henzo’s vest is sponsored by the National Police Association of Indianapolis, IN and will be embroidered with the sentiment “Gifted by National Police.org”.

Delivery is expected within eight to ten weeks.

Vested Interest in K9s, Inc., established in 2009, is a 501(c)(3) charity whose mission is to provide bullet and stab protective vests and other assistance to dogs of law enforcement and related agencies throughout the United States.

Vested Interest in K9s, Inc. has provided over 4,381 vests to K9s in all 50 states at a value of $6.9 million, made possible by both private and corporate donations.