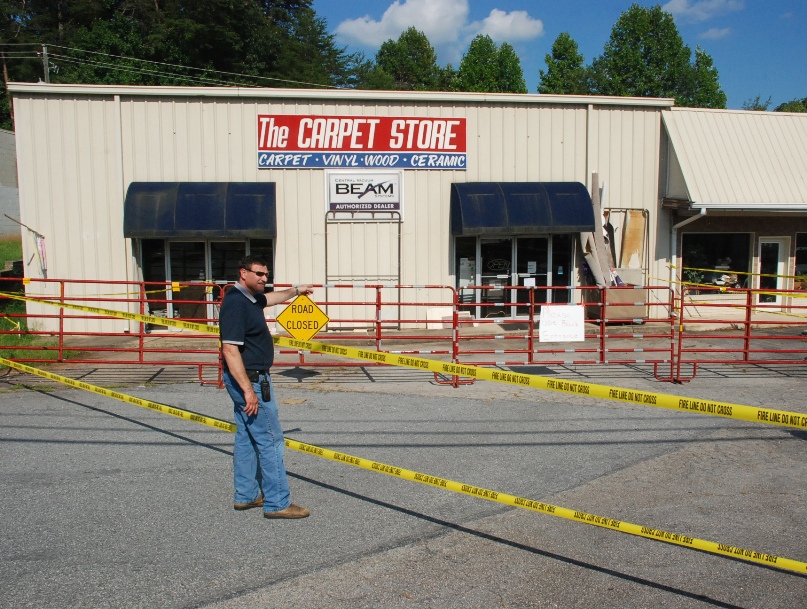 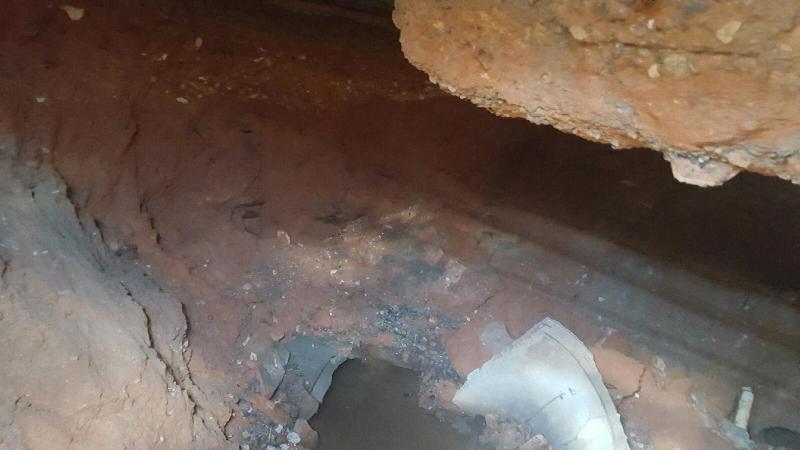 The washed out area under the sinkhole 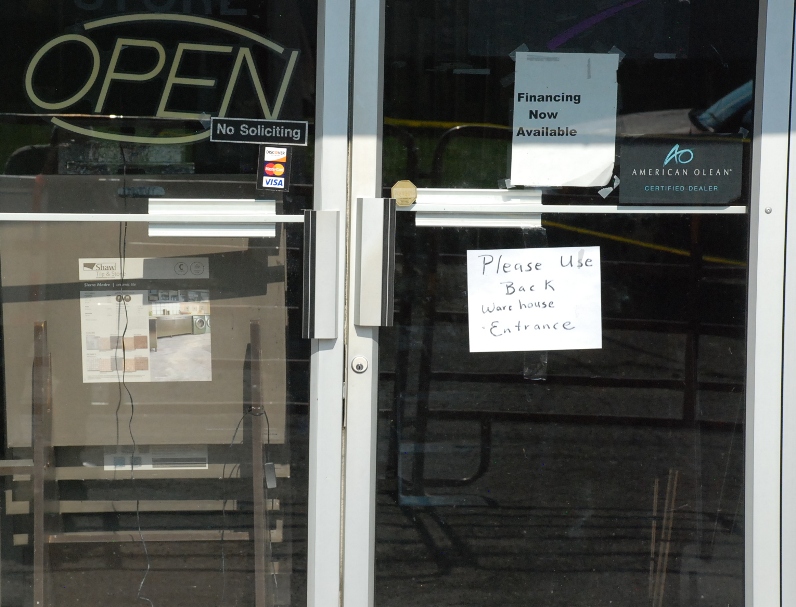 Door handle alignment off due to front of building sinking

(Cleveland)- A Cleveland business  has been shut down because of a sinkhole that developed at the front door of the business.

The Carpet Store located on South Main Street was ordered to shut down, by fire department officials,  due to safety reasons Wednesday afternoon as a result of the sinkhole.

Cleveland Fire Chief Ricky Pruitt said they were asked to check the area out and following  an inspection they  found a large washed out area underneath the  front of the building and adjacent parking area.   Pruitt said, “ you can see where the building has dropped  down.”  Looking at the double door front  entrance  it’s apparent that each door handle is at a different level.

Chief Pruitt said they have placed sand bags around the  hole that has appeared to keep additional water rushing in and causing more damage.

The front of the Carpet Store as well as numerous other buildings  are built over a creek that runs south of Cleveland.  This is the same creek that caused extensive damage to the Sonic Drive-In back in August 2010, following a heavy rain.

The owners of the building advised Wednesday afternoon that they have someone coming Thursday morning to assess the situation and advise what action to be taken.