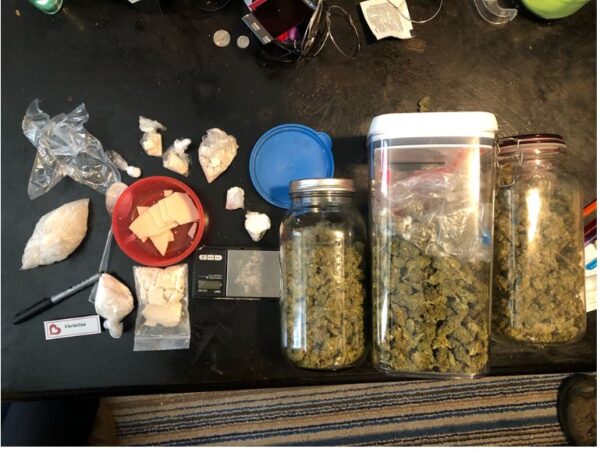 According to a news release from Trent Hillsman, Special Agent in Charge Georgia Bureau of Investigation with the  Appalachian Regional Drug Enforcement Office

Throughout the investigation, law enforcement seized 433 grams of methamphetamine, 4 pounds
of marijuana, 89 grams of crack cocaine, 53 grams of powder cocaine, 90 grams of heroin, 3
firearms, more than $19,000 U.S. Currency, and other assets valued at over $20,000. Two stolen
ATV’s were also recovered as a part of the investigation.

The primary suspect of the investigation, Bernard Jermaine House, 43, of Buford, was arrested
on one count of Conspiracy to Distribute Heroin, and five counts of Distribution of Heroin, with
further charges pending.

Additionally, several other individuals wanted for unrelated crimes were also arrested during this
investigation.