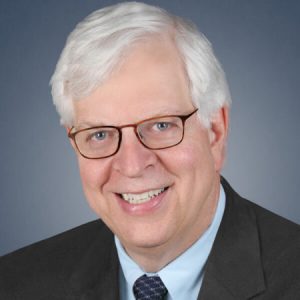 Dennis Prager is one of America’s most respected radio talk show hosts. He has been broadcasting on radio in Los Angeles since 1982. His popular show became nationally syndicated in 1999 and airs live, Monday through Friday, 9:00 AM to Noon (Pacific Time) from his home station, KRLA. Widely sought after by television shows for his opinions, he’s appeared on Fox and Friends, Red Eye, Hardball, Hannity, CBS Evening News, The Today Show, and many others.

Dennis has engaged in interfaith dialogue with Catholics at the Vatican, Muslims in the Persian Gulf, Hindus in India, and Protestants at Christian seminaries throughout America. For ten years, he conducted a weekly interfaith dialogue on the radio with representatives of virtually every religion in the world. New York’s Jewish Week described Dennis Prager as “one of the three most interesting minds in American Jewish Life.”

From 1992 to 2006 he taught the Hebrew Bible verse-by-verse at American Jewish University. All the lectures are available on CD and digital download.