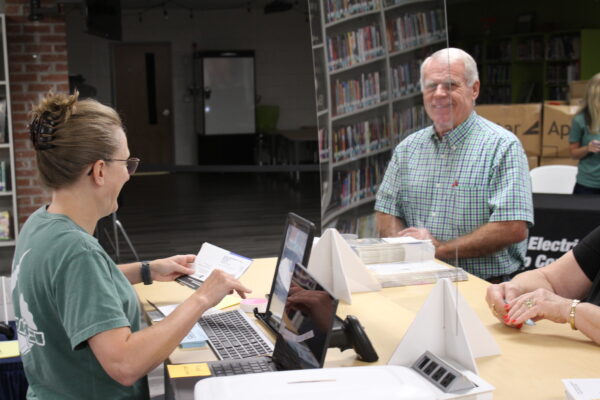 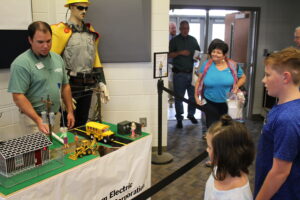 Bennett (11) and Abigail Cantrell (6) learn about safety around electricity through the “Power-town” demonstration with HEMC employee Adam Wheeler.

HEMC President and CEO Bryan Ferguson shared that HEMC grew in 2021 by 553 meters, 496 members, and added 20 new miles of line. He said HEMC is on track to surpass these numbers this year.  Ferguson remarked that HEMC is taking several steps to grow its core business and brighten the members’ experience. These include technological improvements, economic development advances, responsible spending, renewable energy programs, and beneficial services.

Ferguson pointed out that HEMC rates have not increased in over 6 years. In addition to controlling costs, the coop returned 1.9-million dollars in capital credits to its members last year.  Ferguson told those attending “Our number one focus has been, and will always be, you, our members.

Dustin Hulsey, Dan Thurmond, and David Wall were elected to the Board of Directors. The Board met immediately following the Business Session and elected the following officers: David Wall, Chairman; Dustin Hulsey, Vice-Chairman; and Billy Cantrell, Secretary-Treasurer.

Becky Hencely was the winner of the evening’s grand prize of $750.