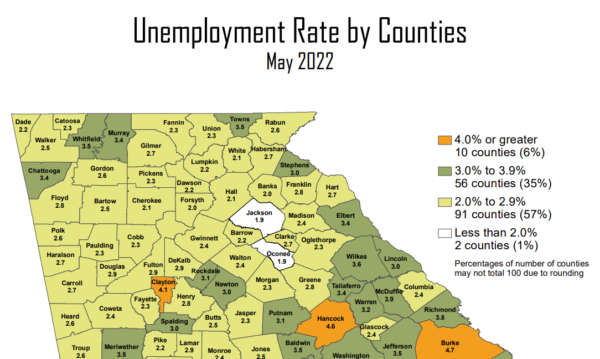 (Cleveland)-The Georgia Department of Labor said Thursday that White County’s preliminary unemployment rate in May was 2.1 percent. That is up from the 1.7 percent revised April rate.

The labor department said the labor force in White County in May was 16,606, of those 16,262 were employed while 344 were unemployed.

According to Butler, “Even though the labor force increased in all regions job postings continue to outpace those gains placing strain on employers to find talent for open positions.”