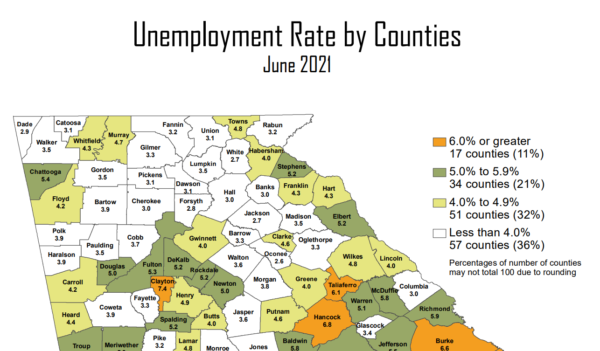 In Georgia Mountains, the unemployment rate increased to 3.2 percent, an increase of three-tenths percentage points from the month earlier. A year ago, the rate was 6.3 percent.

The Preliminary unemployment rate in White County in June was 2.7 percent that is up one-tenth of a percentage point from the revised May rate.

The labor department said in June White County’s labor force was 16,614, with 16,158 employed while 456 were unemployed.

Commissioner Butler said, “We are continuing to see an increase in the number of jobs available and very few actual reported layoffs through the WARN system, both good signs of an improving economy.”