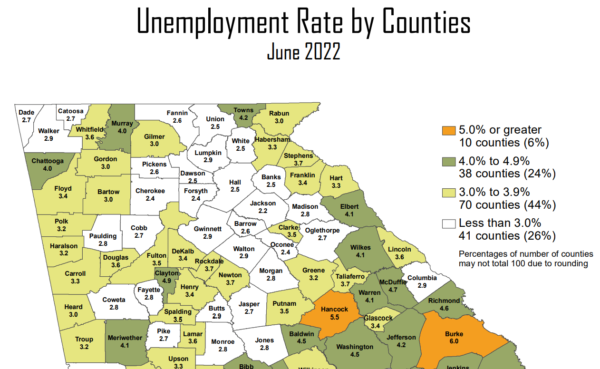 (Cleveland)- Data released today by the Georgia Department of Labor shows White County’s Preliminary  Unemployment Rate increased 4-tenths of a percentage point in June to 2.5 percent. That compares to a revised May rate of 2.1 percent.  According to the labor department in June, the labor force in the county was 16,655, with 16,235 of those employed while 420 were unemployed.

Butler said, “The increase in local rates is typical for summer and Georgia is still leading the Southern Region and third in the nation in percentage increases in employment.”