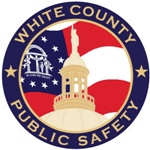 (Cleveland)- After record amounts of rain were received over the weekend from the remnants of hurricane Delta, White County officials continue to conduct damage assessments.

White County Public Safety Director David Murphy provided a summary of the findings so far.  Murphy said there were two private lake dams that were compromised, one on Cripple Creek Lane and the other the Patton Lake Dam.  Murphy advised that both are safe at this time.

White County dispatch received 17, tree down calls,  One report of power lines down in the road on New Bridge Road.

Nine motor vehicle accidents were reported that appeared to be weather-related.