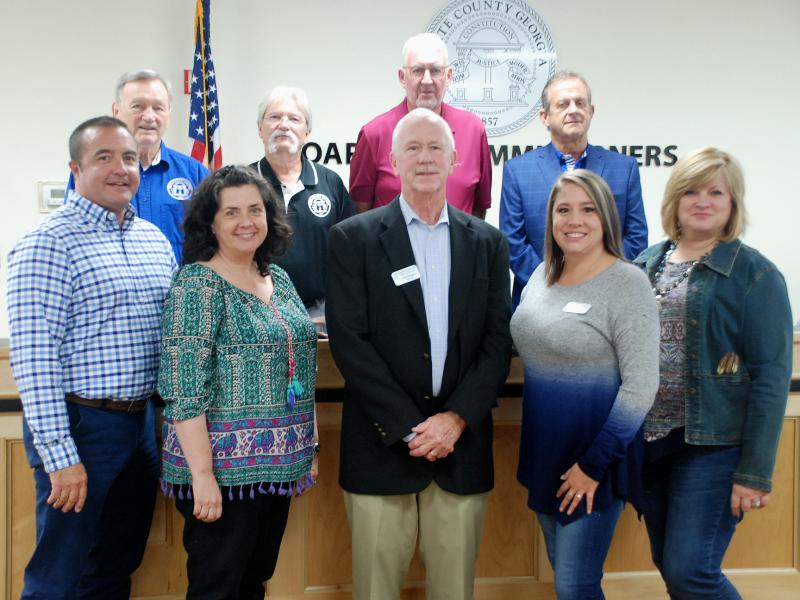 (Cleveland)- The White County Board of Commissioners, during their regular meeting Monday, recognized some special people in our county. 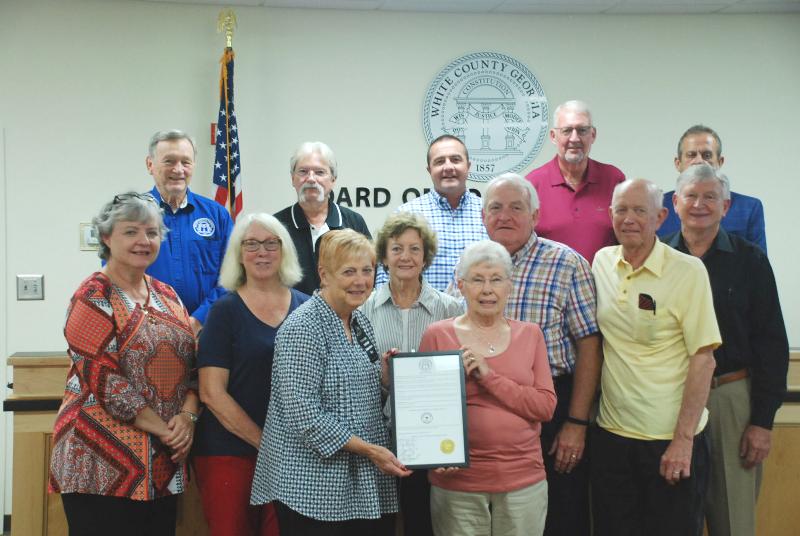 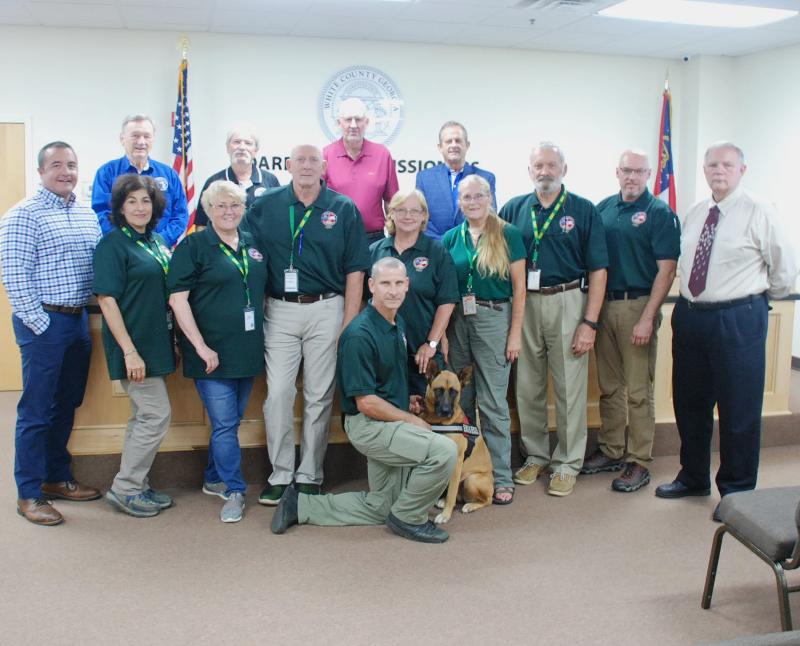 The CERT concept was developed and implemented by the Los Angeles City Fire Department in 1985. The Whittier Narrows earthquake in 1987 underscored the area-wide threat of a major disaster in California.  Further, it confirmed the need for training civilians to meet their immediate needs. The program was later established under FEMA and has been adopted in many states and communities across the United  States.

White County CERT, is one of over 2700 such volunteer  organizations nationally, with 58 in Georgia.  The all-volunteer CERT program, which operates under the direction of the Emergency Management Agency, educates citizens about disaster preparedness and trains them in basic disaster response skills such as fire safety, light search and rescue, and disaster medical operations. Using the training they have been given, members can assist others in their neighborhood or workplace following an emergency event. Since 2011,  we have trained over 200 individuals in the program, and currently, have   15 in an on-going course.

White County takes a step further in utilizing these trained individuals who want to be part of our advanced teams. These members go through a similar back-ground process as our volunteer firefighters and are assigned to teams based on abilities and interests. Currently, we have 30  advanced members in the following teams: Search & Rescue (assisting  fire services), REHAB (providing necessary essentials to responders and victims) during long term incidents, Chainsaw Strike Team (assisting with debris clearing), Shelter Services, and Damage Assessment to name a few.

Tonight, we wish to introduce the leaders of this team, and recognize the contributions of the CERT program to White County. The team leaders are:

Barb/Chuck Blaine – REHAB Team Leaders  Barb and Chuck have lived in White County for about 5 years. They are originally from Washington State and are recent transplants from Central Florida. While in Florida, they were members of the Palm Beach County CERT organization. Two years ago they learned of White County’s expansion of the CERT Teams and immediately became involved. They both went through the local CERT training and have expanded their training to include: Chainsaw/Debris Mgmt., Search and Rescue and Shelter teams. They are also now assisting with the CERT Training.

Donna Frady / K9 Leigha– SAR: CERT member since 2018. Rea and Leigha became GEMA certified Tracking/Trailing team. They train with White County SAR each week 6 to 8 hours. They are members of the SAR and REHAB teams. The team trains hard so they will be ready when we needed. Donna previously worked 8 years at Stephen’s County hospital on surgical floor where she participated in disaster drills.

Roy Stevens-CERT special projects  Former CERT Coordinator-Certified CERT Instructor Roy Stevens, 22 year veteran of the Baltimore Police Dept. was on Baltimore Maryland’s “First In – Disaster Response Team” for 16 years. For 4 years he was in charge of this unit and Lt who commanded S.W.A.T., Tactical Operations, Explosive Ordinance Disposal, Emergency Vehicle Unit, Marine Operations / Patrol, Rescue, & SCUBA Underwater Search  & Rescue. He was the primary instructor for all newly promoted supervisors and command staff regarding all major incidents: natural disasters, terroristic threats, as well as hostage, sniper, and barricade situations. For 2 years he was Lieutenant / Deputy Director of the Baltimore Police Academy. For 3 years Roy was an administrative assistant and personal bodyguard to Mayor then Governor William Donald Schaffer.

Leah Torregiano-CERT Team Coordinator Member of Rehab, SAR, Community Education, Shelter teams, Chainsaw White County Resident since Dec 2016 -CERT member since 2017.  After 30 years of law enforcement experience, Leah Torregiano retired as Deputy Director of Public Safety for Monroe Community College (a college campus in NY.) The position included the role of Emergency Manager for the Campus. She conducted emergency response training there and around the country through a grant with IACLEA. Certified CERT instructor she conducts CERT and Community based training.

Please join me in recognizing these leaders and this team for their outstanding contributions to White County.