Weekend Escapee Takes A Detour To Hospital Before Going Behind Bars 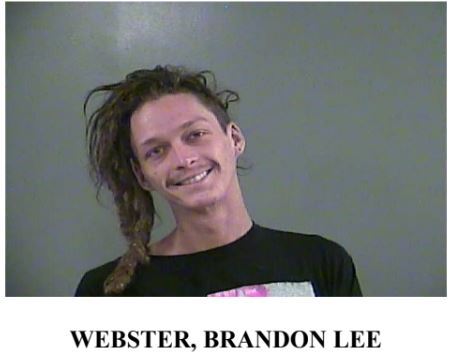 (Cleveland)- A suspect who escaped from White County deputies early Saturday morning is now behind bars after taking a detour to the hospital.

Capt. Rick Kelley, with the White County Sheriff’s Office, said  25-year-old Brandon Lee Webster of Dawsonville was picked up around 10 a.m. Saturday, after eight hours on the run.  He fled from the back of a patrol car after being arrested for alleged assault.

“While Webster was in the backseat of the patrol unit, he was able to roll the rear window down and escape from deputies through the open window,” Kelley said in a news release.

After Webster escaped, deputies conducted an extensive search. The K9 unit from Alto and a Georgia State Patrol aviation unit assisted in the manhunt.

Monday Kelley released additional details about the capture. He says Webster experienced “seizure-like symptoms” after he was taken back into custody. He was transported to the hospital where he was evaluated and later released.

White County jail records show Webster was booked into the jail Sunday on false imprisonment and a misdemeanor sexual battery charge. Other charges are expected to be made.

The case is ongoing. Webster is being held in the White County jail without bond.