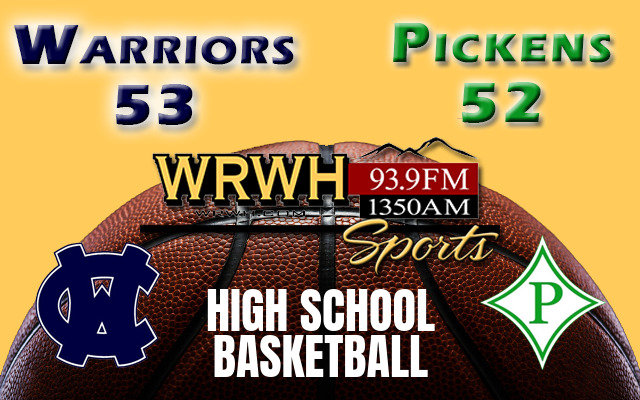 In the lady Warriors Top Ten matchup with the Dragonets, the girl’s maximum point spread at the end of each period, was never over 3 points and would end the 4th quarter tied at 50. This led to a single overtime period in which the Warriors would pull out a victory with less than 4 seconds remaining. The final score for the girl’s game was 53 to 52 Warriors.

The varsity boys were up next to face Pickens, and while the Dragons would have the lead at the end of period one, the Warriors would lead for the remainder of the game. As the clock counted down to the final buzzer, it would be White County to take the win with a final score matching the girls, 53 to 52 Warriors.