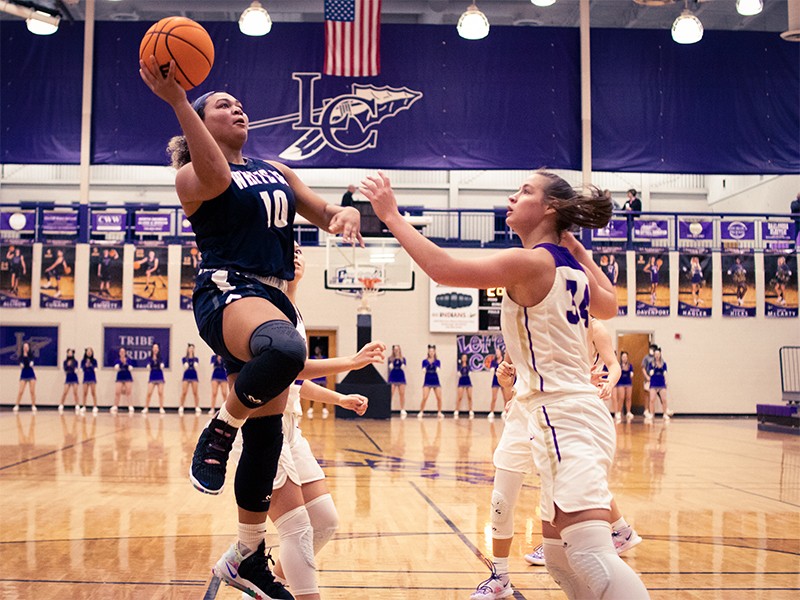 Sports – It was a clean sweep victory for White County last night as the Warriors traveled to Dahlonega to take on the Lumpkin County Indians in High School Varsity Basketball.

Although the Indians were off to an early lead against the Lady Warriors in the first game, it would be White County who would be on top by a narrow margin at the end of each period last night. Lumpkin County rallied back in the 4th to tie the score at the buzzer, sending the game into overtime. In overtime play, it was some well-timed fouls that would put the Warriors ahead, as the action was called by Drew Harris:

The action during the Warrior Boys game was just as exciting as White County was off to an early lead, scoring on nine of their eleven 3-point shots in the first half. The Warriors were able to maintain their lead throughout the game, victorious at the end with a final score of 66 to 58, White County.

The next game can be heard here on Friday when the Warriors will be at home going up against Dawson County. Pregame show at 6:40p with the girls’ tip-off at 7, on your home of the Warriors and the Bulldogs, 93.9fm, WRWH.