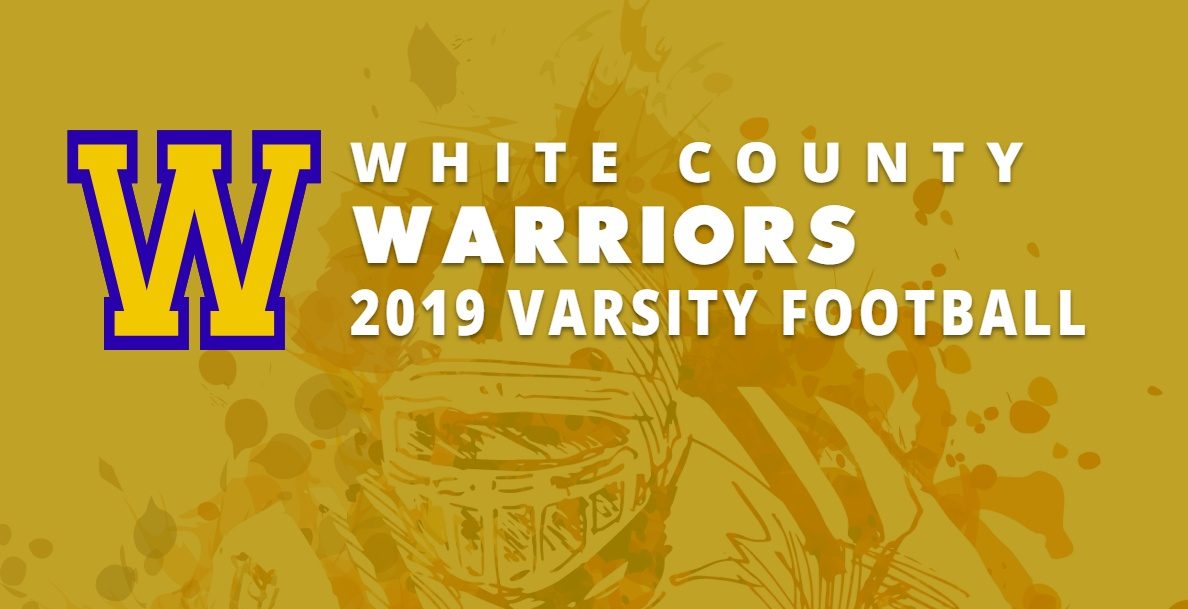 Sports – The White County High School football season came to a close last night with a loss to the Blessed Trinity Titans of 35 to 6, and even though White County won the coin toss last night, it was the only victory for the Warriors in their 10th and final game of the season.

White County was the first to put points on the board with a field goal in the first quarter by Andrew Pierce, with a touchdown by Blessed Trinity a few minutes later, ending the first quarter, 7 to 3, Titans.

The scoring was similar in the second quarter with Blessed Trinity scoring one touchdown followed by another field goal by Andrew Pierce, taking the game into half-time with the Titans leading, 14 to 6.

The action last night was called by the WRWH Sports Team:

The Warriors remained scoreless in the second half, while Blessed Trinity would go on to score three more times, bringing the half, the game, and the 2019 football season to a close with a loss to the Titans of 35 to 6.

White County quarterback, J.Ben Haynes, ended his season just 27 rushing yards short of a thousand with 973. He also had 2,113 passing yards, and 30 total touchdowns for the season.

The Captain D’s Players of the game last night were Jessie Thomas on Offense and Riley Norton on Defense.

WRWH is proud of all our White County Warriors, and wish to thank the WRWH sports team: Drew Harris, Garrett Rowland, and Mark Turner, and all the others who help make the broadcast possible, along with all the advertising sponsors of White County High School football, and Warrior Sports.

The White County High School Basketball broadcasts begin next Friday when the Warriors will take on Lumpkin County with the tip-off at 7:30 on your home of the Warriors and the Bulldogs, WRWH 93.9fm.