Victim Who Died After Falling From Yonah Mountain Identified 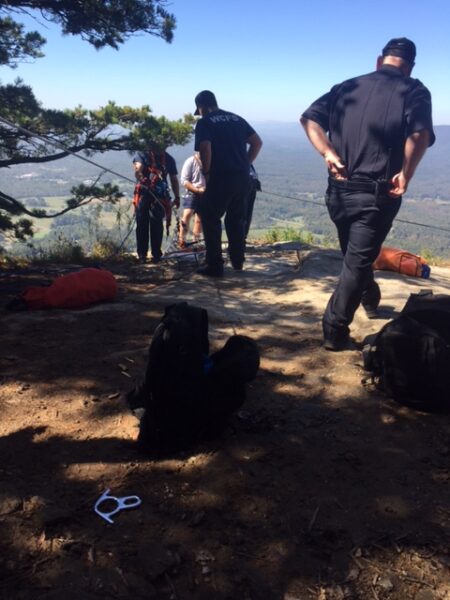 (Cleveland)- The woman who died after falling from the face of Yonah Mountain Tuesday in White County has been identified.  White County Deputy Corner Josh Barrett identified the victim Wednesday morning as 46-year old Jennifer Randel of Cartersville.

According to White County Public Safety Director David Murphy, a family of three had hiked to the top of the mountain for a day of recreation, the woman fell from the side of the rock face.  Murphy said the family was familiar with the area because they hiked there several times before.

Emergency medical service and fire personnel had to use a rope system to access the patient, who was pronounced deceased on the scene, said Murphy.  “This was an extremely treacherous area,”  commented Murphy “and the safety of rescue personnel was a  concern”

A statement from the  White County Sheriff’s office said, at this time, there is no indication of any foul play, but the incident is still being investigated.

The White County Sheriff’s Office and Georgia Department of Natural Resources are continuing their investigation.