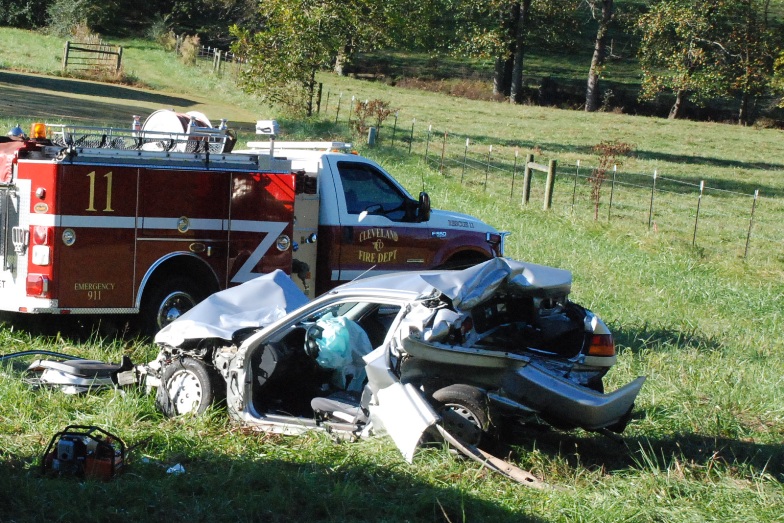 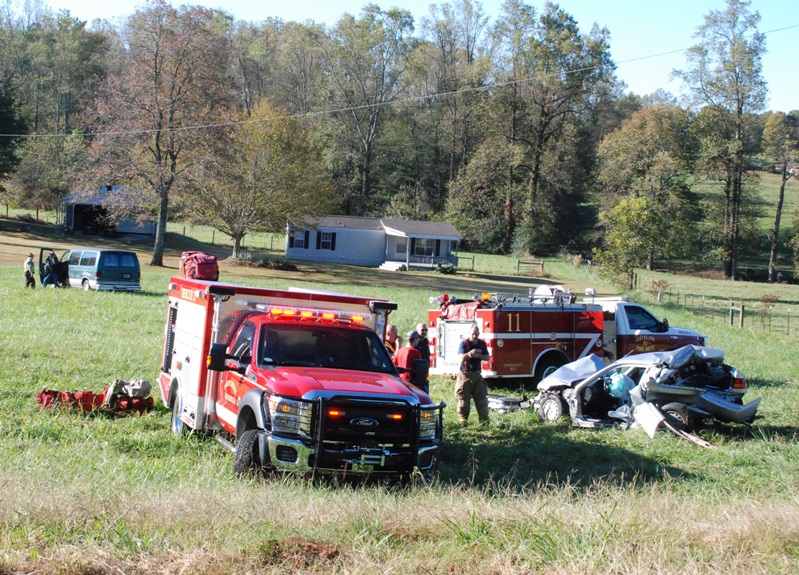 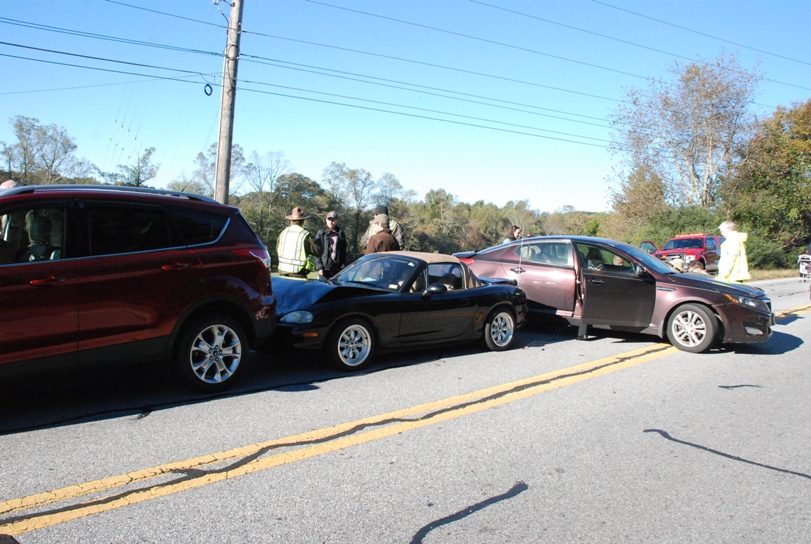 (Cleveland)- Highway 115 East of Cleveland was shut down for about two hours Wednesday  morning following two separate auto  accidents.  Both resulted in some serious injuries.  The first crash  occurred around 8 am near the Cottage House Restaurant where two vehicles hit head on.  Four people were hurt, two seriously in that accident.

That accident   was investigated by the White County Sheriff’s Office, and Captain Tim Chapman said,  the drivers of the two vehicles were Bradley Ragsdale from Toccoa and Melissa Blackwell of  Cleveland.  Both drivers were injured and taken to Northeast Georgia Medical Center.  Chapman said a passenger in each vehicle was injured. According to Chapman charges are pending.

The second accident occurred around 9:15 am, just east of Holiness Campground Road, as cars were stopped for the first accident.  White County Sheriff Neal Walden was at the second accident and said, “ based on what I see now, looks like one of these vehicles came over, was probably running the speed limit at least and there were cars backed up this hill  and he just came up on them and  BAM, and started a chain reaction accident here.”

A total of five vehicles were involved with  two  people  transported to the hospital by White County EMS ambulance.  The Georgia State Patrol is investigating the second accident  with complete details not yet available.

Further details will be posted when available.