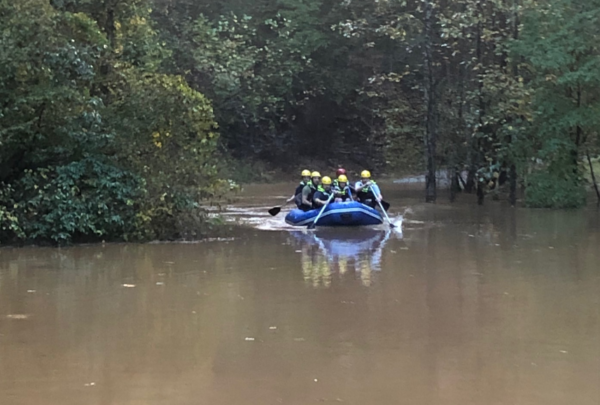 (Cleveland)- White County continues to assess damage to public infrastructure as a result of heavy rainfall and flooding over the weekend.  White County Emergency Management damage assessment teams spent most of the day Monday evaluating damage to roadways, bridges, and culverts.  Nineteen separate assessments were completed.

According to Murphy, some homes did receive flooding, especially along the Chattahoochee river which resulted in rescues of persons trapped within these short term rental locations.  On James Drive, a family of six had to be rescued, 2 adults and 4 children when their cabin became surrounded by water.

Murphy said unofficial reports of rainfall amounts from 7.75” to 11.5” occurred within the area.

Two private lake dams were affected, Patton Lake and Mountain Lake located on the eastern side of White County.  Both of these dams are being evaluated for repairs and there are no concerns with further erosion problems at this time.  The Mountain Lake Dam must be repaired as soon as possible because there are homes on the southeast side of the lake that cannot be accessed due to the damage.  Georgia Safe Dams program has been notified of these two sites.

During the early morning hours on Sunday through Sunday afternoon, Murphy said,  extra personnel had to be called in to assist in the response efforts to these incidents.