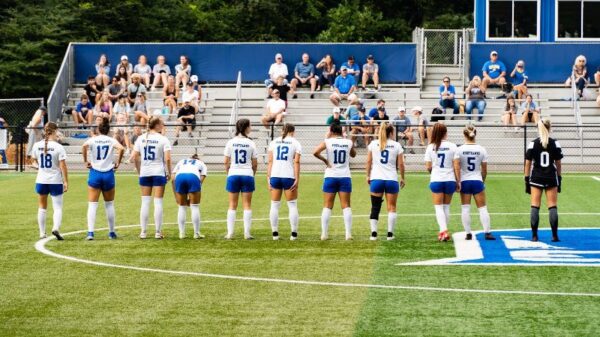 After a scoreless first half, the Blazers came out and scored just 2:30 into the second period to take a 1-0 lead. The score remained in favor of Valdosta State until the 73rd minute when Taylor Malasek scored from inside the six to level the match.

Just 54 seconds later, VSU retook the lead on a breakaway that sealed the win for the home side.

NOTES
– North Georgia held a 12-11 advantage in shots, but just four of the Nighthawk shots were on target compared to seven for Valdosta State.

– Sierra Fowler made five saves on the day.

– The result marked the first time VSU has defeated North Georgia in the history of the matchup, including the first time the Blazers have found the back of the net.

NEXT UP
North Georgia will be back on the road Wednesday evening to travel to North Greenville. Kickoff is set for 5 p.m.