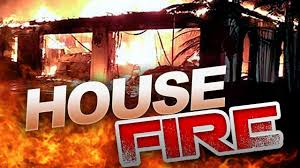 (Cleveland)- No injuries were reported as a result of a residential fire that occurred Friday.

Murphy said, “The fire was reported to White County E-9-1-1 at 2:45 PM. When the first units arrived on scene they found a 1,000 square foot house that was already collapsed and all occupants were outside.”

According to Murphy in addition to the home being destroyed approximately three acres of wooded area burned. The U.S, and Georgia Forestry Service responding to assist with that.

The cause of the fire is undetermined at this time, said Murphy, units were on the scene for approximately 4.5 hours.