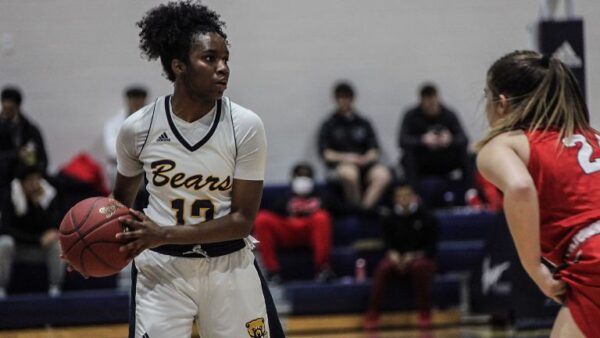 (CLEVELAND) – On Saturday, the Truett McConnell University women’s basketball team clinched a big Appalachian Athletic Conference win against Kentucky Christian University, inside the Benjamin F. Brady Arena. After being down by two in the first half, the Lady Bears bounced back drastically with a 52-point increase to clinch the game with a score of 80-61. TMU rose to a record of 11-12, 8-12 AAC, while KCU fell to a record of 4-10, 4-8 AAC.

The Knights took the lead from the start, forcing the Lady Bears to work from behind, until a Sydnie Smith shot in the paint helped bridge the gap at the six-minute mark (11-11). KCU had a six-point run in the final two minutes, which secured their lead going into the second quarter (18-27) and kept the speed to retain the lead at halftime (28-31).

The Lady Bears were capable of making the score even at the start of the third quarter from a Smith shot at the 3-point arc (31-31), and took the lead from a Natalie Nixon shot in the paint (35-33). TMU captured the lead for the reminder of the quarter after a Re’Tavia Floyd 3-pointer (43-37), and ended with a shot in the paint from Smith to put the home team up by 11 (52-41). The final quarter showed the Lady Bears dominate with a lead as high as 22 after a Floyd shot at the free throw line, and ultimately clinched the win with a score of 80-61.

Floyd led the way with 29 points and five steals, including going 11-for-13 at the free throw line. Nixon hit a career high of 23 points, followed by senior Sierra Kendall who had 11 points and eight rebounds. Smith had nine points along with six assists, while junior Sydney Rumble had six rebounds with five assists.

The Lady Bears will have their final home game of season Tuesday, Feb. 16, inside the Benjamin F. Brady Arena, where they will face AAC foe Reinhardt University. Tipoff at 5:00 p.m.