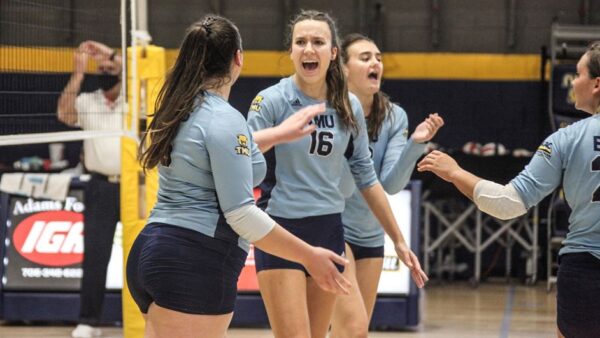 (CLEVELAND) – On Thursday, the Truett McConnell University women’s volleyball team clinched a non-conference win over Wesleyan College with a score of 3-0 (25-17, 25-13, 25-19), inside the TMU Volleyball/Wrestling Arena. The Lady Bears improved to a record of 9-13, 5-6 AAC.

Both teams put up a fight at the start of set one, but it wasn’t until a four-point run that TMU broke away with the lead, which was ignited by a Ranavia Neal kill (20-12). The Lady Bears stole set one with a score of 25-17, and continued to gain momentum as they took a six-point run, featuring three Neal kills and a single Sonya Silecky kill (6-1). A kill by Jordan Roberts sealed a 14 point lead for TMU (23-9), stealing the second set win with a score of 25-13. The third and final set saw the Wolves gain speed, but the Lady Bears were relentless as they secured the sweep with a score of 25-19.

Up next, the Lady Bears are back inside the TMU Volleyball/Wrestling Arena Saturday, where they will face AAC foe, St. Andrews University, with a start time of 1:00 p.m.