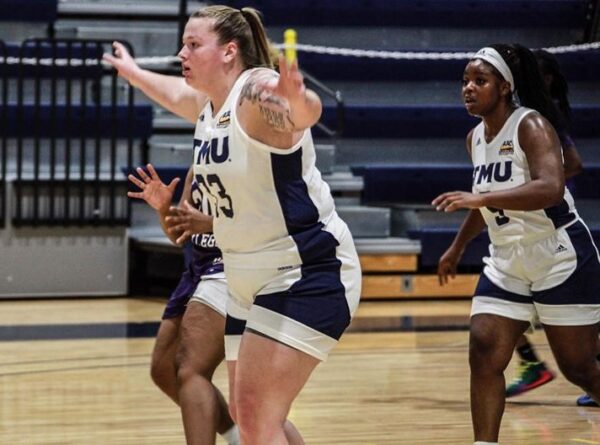 (MILLIGAN COLLEGE, Tenn. ) – The Truett McConnell University women’s basketball team traveled to compete against Appalachian Athletic Conference competitor, Milligan University Saturday, where the Lady Bears fell to the Buffs with a score of 72-61. TMU fell to a record of 4-2, 2-2 AAC, while the Milligan improved to a record of 6-3, 6-0 AAC.

PLAY BY PLAY
In the first quarter, the Lady Bears were the first to strike with a free throw from Re’Tavia Floyd. The Buffs retaliated with points of their own, but three layups from Camilla Callihan gave TMU momentum to help lessen the lead (11-17). In the second quarter, TMU struck first again with a free throw from Callihan. The Buffs were persistent, but two shots in the paint from Alysee Dobbs and a layup from Sydnie Smith left TMU down 23-33 at the half.

In the third quarter, a Sydney Rumble shot in the paint triggered a huge 22 point run, which resulted in the Lady Bears stealing the lead (45-36). Floyd was featured with two successful shots at the three point arc, while Holton added a layup and free throw of her own. Milligan stayed resilient, adding shots to lessen the gap and left the score tied going into the fourth quarter (48-48). In the fourth quarter, Floyd made the first move with a layup to take back the lead (50-48). Both teams were neck-and-neck, but layup from Holton brought the score even once again. Milligan gained momentum, ultimately putting the game out of reach with a final score of 61-72.

UP NEXT
The Lady Bears remain on the road to face AAC opponent, Reinhardt University, on Tuesday, Nov. 23, with tipoff set for 5:30 p.m.