TMU shows no mercy against Knights 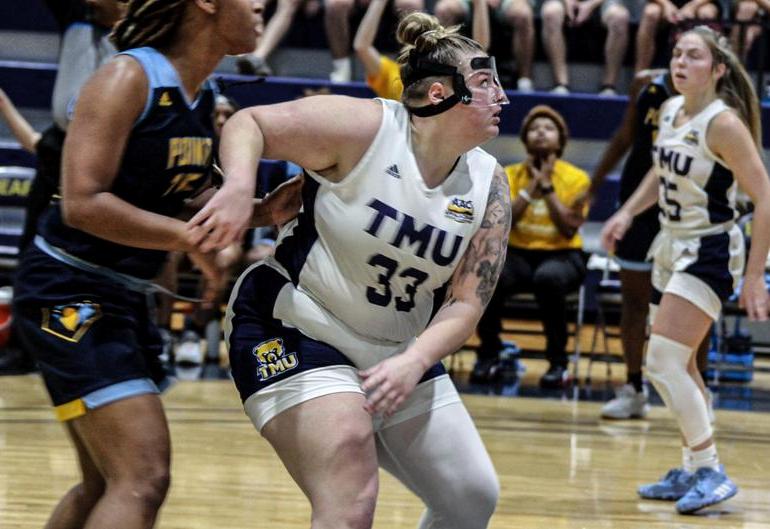 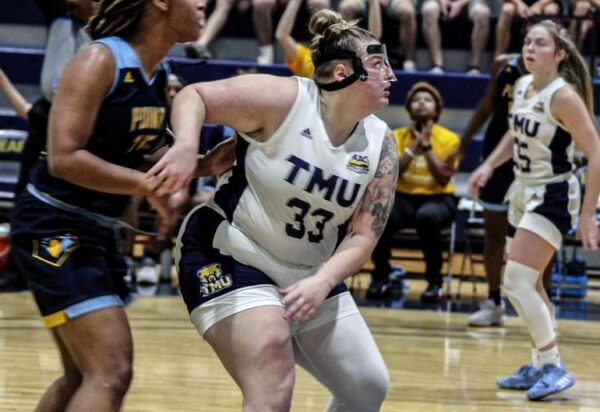 PLAY BY PLAY
The Lady Bears were hot out of the gates with back-to-back three-point shots from Tia Shelton and Alysee Dobbs. A layup and shot in the paint from Camilla Callihan created a large deficit for the Lady Bears. The Knights responded with shots of their own, but a jump shot from Dobbs and Faith Lovejoy sent TMU into the second quarter with a five-point lead (15-10). In the second quarter, a shot behind the three-point arc from Shelton paired with layups from Quan Holton and Dobbs grew the Lady Bears’ lead. The Knights were unable to respond, where a free throw from Holton and a layup from Callihan sent the Lady Bears into the half with a large advantage (35-20).

In the third quarter, the Knights started to chip at the deficit with shots of their own when a layup and jump shot from Callihan maintained TMU’s lead. Shots in the paint from Jordyn Wilder and Dobbs continued to add to the Lady Bears’ lead and sent them into the final quarter with a 50-37 advantage. In the fourth quarter, TMU continued to stay hot on offense with a layup from Dobbs, followed by a layup from Wilder and a shot in the paint from Lovejoy. The Knights responded with shots of their own, but a clutch three-point shot from Shelton secured a 61-48 victory.

UP NEXT
The Lady Bears remain inside the Benjamin F. Brady Arena on Saturday, January 14, for an AAC showdown against Columbia College. Tip-off is set for 2:00 p.m.