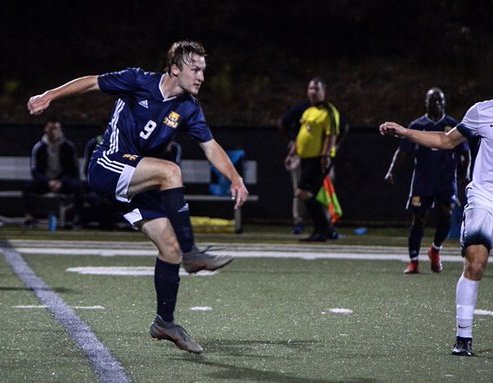 (ATHENS, Tenn.) – The Truett McConnell University men’s soccer team traveled to Tennessee Wesleyan University for their fifth Appalachian Athletic Conference contest of the season. The Bears fell to the 2019 AAC regular-season champions 3-0 on Wednesday afternoon, which kept the Bulldogs perfect on the year (3-0, 3-0 AAC).

In the first period, TMU made their way to the home team’s side of the field to take three shots and earn two corner kicks, while allowing the Bulldogs only one. The Bears, in fact, kept TWU scoreless to finish the half (0-0). It wasn’t until the 46th minute that the Bulldogs scored the first goal of the game, making it 1-0. TMU took two more shots but ultimately fell behind after the home team scored in the 53rd minute, and once more in the final minute of regulation (3-0).

Senior Trevor Fick and freshman Justin Hicks led the Bears individually with two shots; one on goal for Hicks. Fellow freshman Tristan Cheves had a shot of his own, while junior goalie David Windmiller recorded eight saves, totaling 31 on the season.

TMU is back in action on Wednesday, Oct. 14, as they travel to Columbia International University to face the Rams for their 6th AAC matchup of the season. Kick off is at 7:00 p.m.