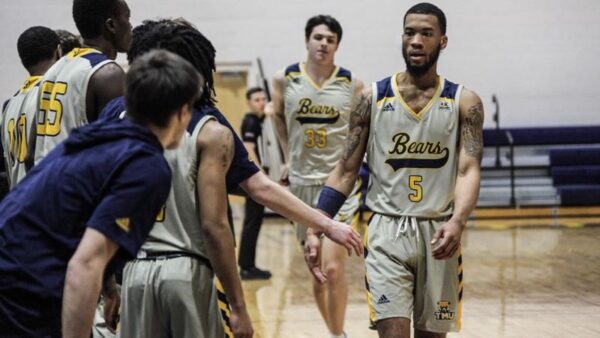 PLAY BY PLAY
In the first half, both teams played strong, forcing each other to work under pressure. The Bears were the first to score with a shot in the paint from Brent Kelly. The Eagles retaliated quickly, followed by EJ Smith who made back-to-back three pointers. TMU broke away to create a seven-point deficit with two layups from Akil Covington and KJ Riley. A foul on Enocka Franky led to a successful free throw and layup. The Eagles regained the lead and the Bears were down 30-34 going into the second half.

UP NEXT
The Bears travel on Tuesday, January 13, to face AAC opponent, Tennessee Wesleyan, with tip-off set for 7:30 p.m.