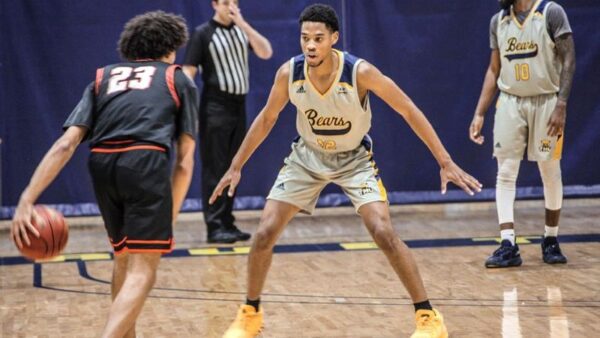 (CLEVELAND) – The Truett McConnell University men’s basketball team hosted Appalachian Athletic Conference foe, Union College, inside the Benjamin F. Brady Arena on Wednesday, where TMU fell to the Bulldogs with a score of 77-65. The Bears fell to a record of 4-2, 2-2 AAC, while the Bulldogs record rose to 4-2, 3-0 AAC.

PLAY BY PLAY
In the first half, the Bears were even in play with Union. A three-pointer from EJ Smith got the Bears started, followed with a jumper from Kafunba Toure (5-2). The Bulldogs pulled ahead, but a jumper from Brent Kelly made the score even (11-11). A free throw from KJ Riley gave the Bears the lead back (14-13), while a shot in the paint from Kelly sent the Bears into halftime down by one, with a score of 33-34.

UP NEXT
The Bears will travel to face AAC rival, Reinhardt University, on Tuesday, Nov. 23, with tipoff set for 7:30 p.m.