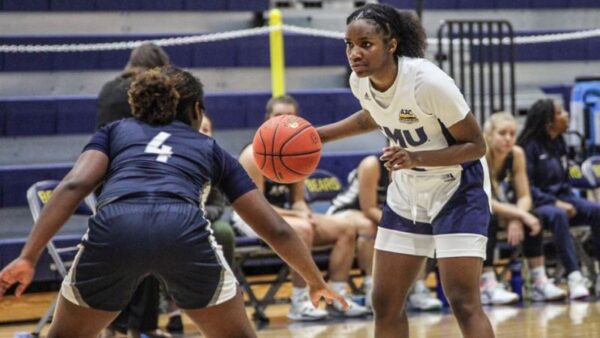 PLAY-BY-PLAY
In the first quarter, the Eagles had an eight-point run that left the Lady Bears scrambling for points. TMU kicked it off with a shot in the paint, followed by a free throw from Sydnie Smith. A shot from behind the three-point arc from Chloe Williams gathered momentum for the Lady Bears. Alysee Dobbs and Quan Holton followed with a layup to bring TMU within four points at the end of the first quarter. The second quarter brought a fire from the Lady Bears that was ignited by three-point shots from Re’Tavia Floyd, Sydney Rumble, and Natalie Nixon. TMU created an 11 point difference from the Eagles with six successful free throws and layups from Nixon and Dobbs, leaving the score 39-28 at the half in favor of TMU.

LEADERS
Floyd led the way with 21 points on the day, going 2-2 at the free-throw line and having five shots from behind the three-point line. Dobbs followed with nine rebounds and contributed 17 points. Holton added 10 points, going 4-6 from within the paint, and three rebounds, while Rumble and C. Williams tallied nine points apiece.

UP NEXT
The Lady Bears remain inside the Benjamin F. Brady Arena on Tuesday, Jan. 18, where they will face AAC competitor, Brenau University, with tip-off set for 5:30 p.m.