TMU drops nail-biter against No. 1 Bryan 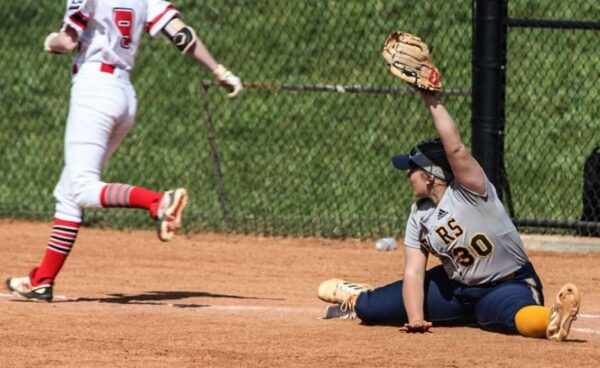 (KINGSPORT, Tenn.) – On Wednesday, the Truett McConnell University softball team competed in day two of the Appalachian Athletic Conference Tournament, where the Lady Bears battled all seven innings against No. 1 Bryan College. A late rally from TMU in the top of the sixth proved not enough as they fell to the losers bracket with a final score of 2-1.

PLAY-BY-PLAY
The bottom of the second saw the Lions hit the board first, after runners in scoring position advance from a throw to second in efforts by the Lady Bears to catch the steal (0-1). A misplayed ball by TMU allowed a second run to score, forcing the Lady Bears to work from behind (0-2). Bryans star pitcher forced the TMU offense to fight to stay alive in the box. The top of the sixth saw hope for the Lady Bears as Alicia Price reached first from an infield single. Price continued to advance to second on a wild pitch, while a misplayed ball hit by Mattie Brooks offered the perfect opportunity to send Price home (1-2). TMU held the Lions in the bottom of the sixth, featuring a strong performance by pitcher Karley Hobbs on the mound. With the top of the seventh the Lady Bears final chance to even the gap, a single through the gap by Mikayla Sullens showed hope. Bryan continued to stay resilient on defense with two final outs, forcing the game to end with a final score of 1-2.

LEADERS
Price led with a single hit and one run, while Sullens went 1-2 at the plate with one hit by pitch. Hobbs recorded four strikeouts on the day, while allowing only three hits, one walk and one earned run.

UP NEXT
The Lady Bears battle their way through the losers bracket on Thursday, where they are set to face No. 7 Point University at 11:00 a.m. at Brickyard Park in Kingsport, Tennessee.