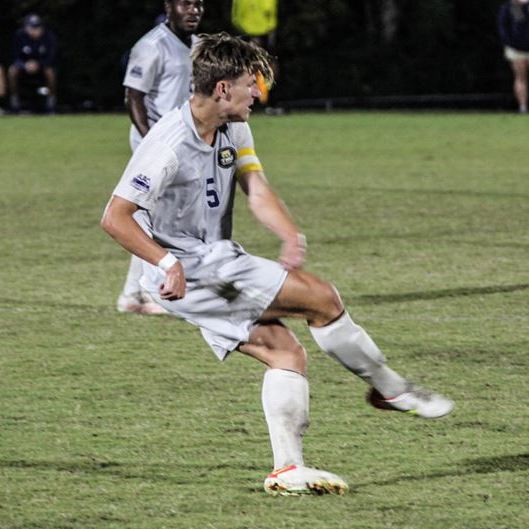 (BLUEFIELD, Va.) – The Truett McConnell University men’s soccer team traveled Sunday to face Appalachian Athletic Conference opponent, Bluefield University, where the Bears collected a big overtime win with a score of 3-2. TMU improved to a record of 5-8-2, 4-8 AAC, while the Rams fell to a record of 4-11, 2-9 AAC.

PLAY-BY-PLAY
The Bears started out hot on offense with two shots on goal from Callum Smith and Oscar Brennan. The Bears and the Rams were back and forth the entire period, taking shots on goal. TMU outshot the Rams 5 to 3 in the first period. In the 37th minute, Javier Morales had the Bears first goal of the evening (1-0). The Rams were able to retaliate with a goal of their own in the 42nd minute, leaving the score 1-1 at the half.

At the start of the second period, Marco Vernazza was capable of  scoring TMU’s second goal of the evening (2-1). Again, the Rams retaliated quickly with a goal of their own (2-2). TMU fought hard with two corner kicks in the 62nd minute from Jez Walker-Patterson and Smith. The Bears outshot the Rams 6-3 in the second period, but were unable to produce the leading goal. The overtime period proved successful for the Bears scored as Ivan Serubiri found the back of the net after battle in the box to secure a final score of 3-2.

LEADERS
Serubiri, Vernazza and Morales each had a goal of their own. Lima followed with two shots, one on goal, while Brennan also had two shots, two on goal. Goalie Chandler Bond recorded two goal saves on the evening.

UP NEXT
The Bears return home for their final AAC matchup of the season Saturday, Oct. 30, against St. Andrews University, with a kickoff time of 2:30 p.m.