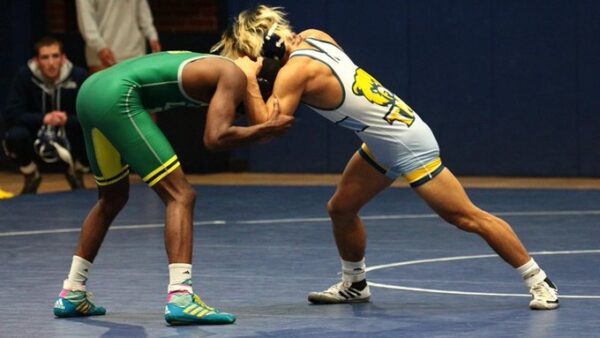 In the first match against No. 3 Reinhardt, two Bears captured individual wins; junior Mitchell Thompson (165) and junior Ian James (174). Thompson won by major decision with a score of 16-6, while James led with a score of 8-2 into the second period. The match, however, ended due to an injury default. Individually, juniors Brandon Navixay (125) and Leonel Silvestre (149) battled in their matches to lose by only slim margins, along with sophomore Nolan Cook who lost by a takedown in overtime, respectfully.

In match two facing No. 4 Lindsey Wilson, Navixay captured a Tech Fall of 21-5, with 32 seconds left in the third period, followed by James who won by major decision with a score of 13-1. Match three against No. 5 Southeastern concluded with no individual wins for the Bears, although two close matches from Silvestre and Thompson proved that TMU still had some fight.

Up next, the Bears will be back inside the TMU Volleyball/Wrestling Arena Friday, Jan. 8, for a match facing Lander University, with a start time of 7:00 p.m.