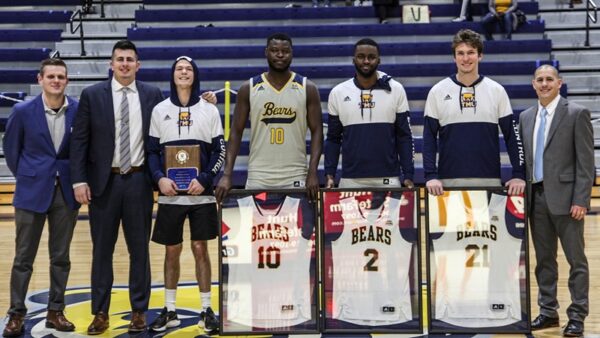 (CLEVELAND) – For the second time this season, the Truett McConnell University men’s basketball team came up short against Appalachian Athletic Conference opponent Kentucky Christian University (71-70), which put TMU at 9-16, 6-13 AAC and the Knights at 8-13, 8-11 AAC on the year.

PLAY-BY-PLAY
The first 20 minutes of the game was almost even as both teams led by as much as six points. KCU closed out the first half, however, on a 4-1 run to earn a three-point lead at halftime (31-28).

The second half saw the Knights get out front by as much as seven but a Ty Briscoe layup with 2:49 to go put the Bears in the lead for the first time since the first half (65-64). A KCU free throw put the score even for the last time (68-68) with 1:37 remaining, but a KCU free throw and fast break layup for the Knights was the key to ultimately sealing their second win over the Bears (68-71). Another Briscoe bucket in the paint closed the gap (70-71), but it ultimately proved not enough.

UP NEXT
The Bears will host Reinhardt University for their home finale at 7:00 p.m., before heading to Columbia International University on Wednesday, Feb. 17.