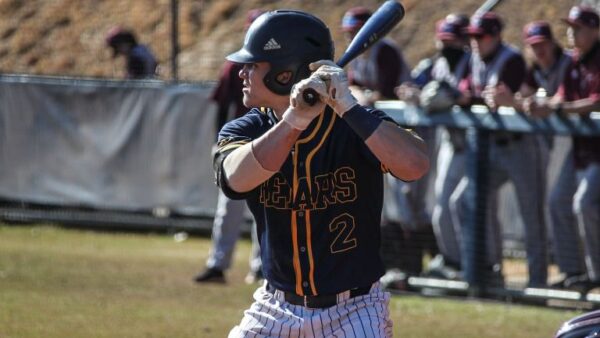 (CLEVELAND) – The Truett McConnell University baseball team picked up a midweek 7-2 win over Columbia International University at the TMU Baseball Complex on Wednesday afternoon. Although the Rams are also a member of the Appalachian Athletic Conference, this game does not count towards the teams’ conference records. The Bears improved to 6-2, 0-0 AAC on the season, while the Rams fell to 0-5, 0-0 AAC.

RUN BY RUN
The Rams got on the board first in the first off a homerun over the left field fence (0-1) but fifth-year Josh Johnston answered with a dinger of his own over the right field fence (1-1) in the bottom of the first. After junior Kodi Bishop led off the fifth with a single through the hole at shortstop, Bishop ran home on a sacrifice fly by Devyn Munroe (2-1), but the Rams swung for another homer at the top of the sixth to make the score even once again (2-2).

Freshman Cason King, however, went on to fuel the winning inning in the sixth with a walk. King scored the go-ahead run on Mason Gaines’ single through the hole at short (3-1) and Gaines ran home on Tanner Griffith’s single to shallow right-center (4-1). J. Johnston’s single down the right field line scored Bishop (5-1), while Griffith and J. Johnston scored TMU’s two final runs on Andrew Johnston’s single down the left field (7-2) to ultimately put the game out of reach for CIU.

UP NEXT
The Bears will take their first road trip of the season on Friday, Feb. 19, to face No. 3 Georgia Gwinnett College.