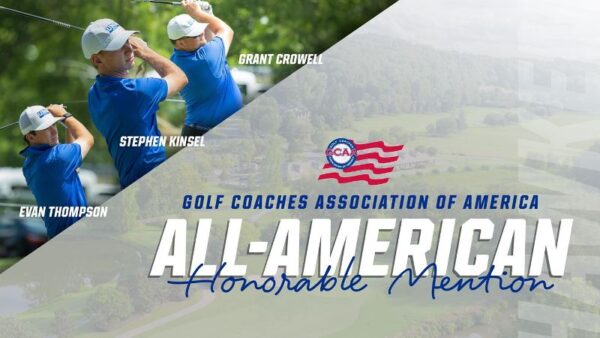 Crowell collected honorable mention distinction last season while the inclusion on the All-American team is the first for Kinsel and Thompson.

Kinsel and Thompson capped a record-breaking spring season as each were named to the GCAA All-Region team. Crowell punctuated a decorated career with an 11th place finish at the 2022 NCAA Division II Men’s Golf Championship in May.

The trio led the Nighthawks to the program’s highest national ranking and three tournament titles this season.

A total of 23 golfers were named honorable mention All-America.