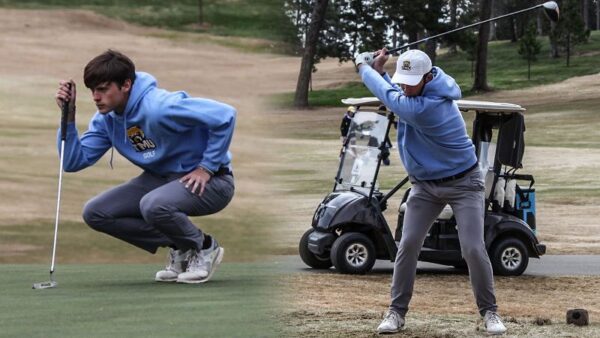 “Our men made an incredible charge this spring up in the national rankings,” Head Coach Steve Patton said. “Nate and Michael were both a huge part of that rise and I am excited they are both getting recognized for their outstanding play this season. We are looking forward to continuing our season in a couple of weeks at TPC Deere Run.”

Through 11 tournaments, the Bears finished in the top five in all but two, including one tournament win and two back-to-back runner-up finishes to close the spring season. Thornton and Osborne individually led the Bears in all three of those particular tournaments, which allowed them both to be named the AAC golfers of the week in back-to-back weeks.

Osborne individually won the Golden Tigers Invite with an impressive round one of 71. The week before, Thornton carded two 70’s and a 73 to tie runner-up of 80 in the Skyhawk Invitational. Thornton also led TMU to a runner-up finish in the AAC spring championship, which clinched a trip to the NAIA national championships for the Bears. Thornton took fourth of 62 with a 76, 71 and 74, while Osborne followed in 12th with an 80, 73 and 74, respectively.

Thornton, Osborne and the Bears will hit the road for the NAIA National Championships on Tuesday, May 18 – Friday, May 21, in Silvis, Illinois.