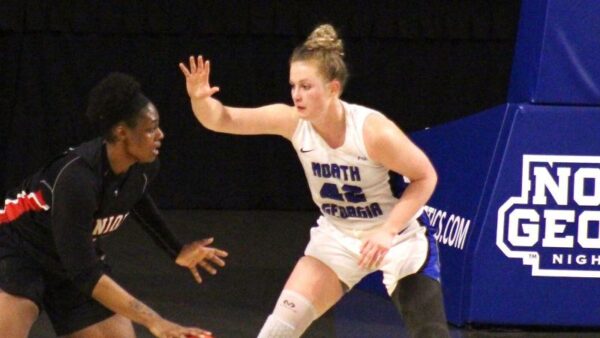 Sutton, a senior from Flowery Branch, Georgia, led UNG with 16.1 points per contest. The 2020 PBC Player of the Year, Sutton surpassed 1,500 career points this season and shot 54.2 percent from the floor, including hitting over 32 percent of her three pointers. At 8.5 rebounds per game, Sutton was named first team All-Peach Belt as well as to the PBC and South Region All-Tournament Teams.

Sutton was joined by Lander’s Makaila Cange and Zamiya Passmore on the team with both Bearcats earning All-America First Team honors. Drury’s Paige Robinson was named the DII Player of the Year by the association.