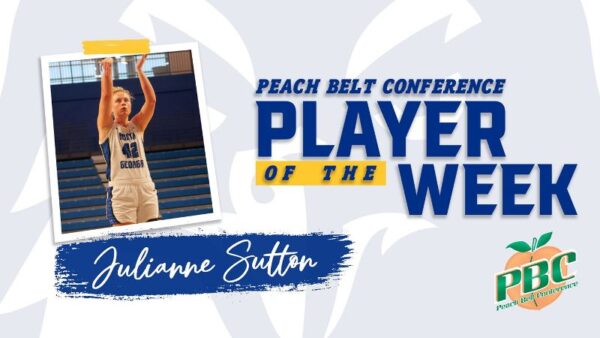 Sutton is currently ranked fourth in the PBC in scoring and rebounding and leads the conference in field goal percentage.

North Georgia will take to the court tomorrow on the road to take on West Georgia with tip time set for 5:30 p.m.