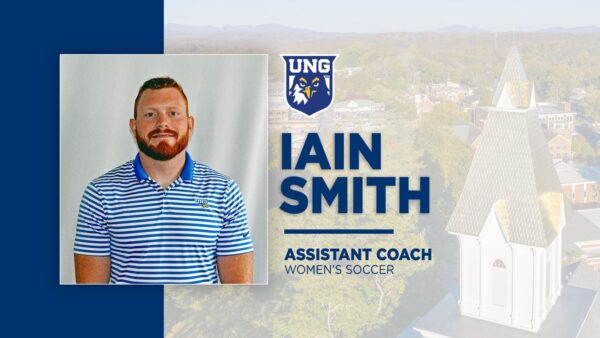 Smith served as an assistant coach for the spring 2021 season after Ralton took the interim head women’s soccer coaching position. The Nighthawks went 7-3 on the season with a trip to the Peach Belt Conference semifinals for a sixth time in seven seasons.

Prior to his arrival in Dahlonega, Smith served as a varsity assistant coach at Thayer Academy and currently coaches at UFA.

Smith played collegiately for two seasons at Clayton State where he was a team captain and an All-Conference honoree. He currently holds the DII record for fastest consecutive goals, scoring twice in eight seconds against Erskine in 2015. Prior to Clayton State, he played at Clemson where he holds the school record for latest goal scored in regulation, scoring with a second left against Boston College.

Smith graduated from Clemson with his Bachelor’s degree in psychology with a minor in athletic leadership. He obtained his Master’s degree from Clayton State in clinical psychology.