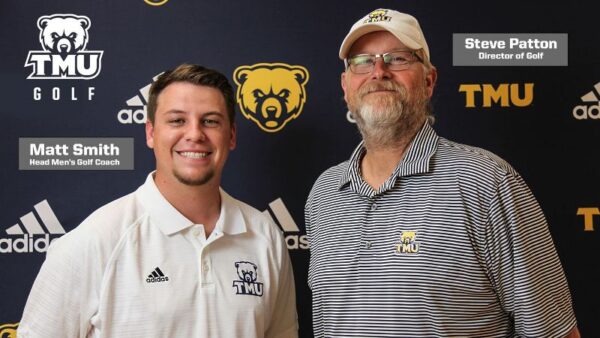 “I am excited to be able to bring Matt Smith back home,” said Coach Patton. “He was instrumental as a player in leading this program to unchartered territory and I have no doubt he will be instrumental in leading this program as a coach. Matt has an incredible love for people, proven leadership qualities, an impressive tournament playing resume and is one of the hardest workers that I know. I have no doubt that the players will be blessed and encouraged to have Coach Smith back at TMU!”

Smith graduated from West-Oak High School, where he earned the individual titles of 3A Regional Champion, County Champion and All-State. The West Oak alum attended Truett McConnell from 2016-2020 and graduated with a degree in Business Administration. While at TMU, Smith was a three-year captain for the Bears, three-time NAIA Champion of Character, two-time AAC All-Conference First Team honoree, while also individually winning four collegiate events. Most notable, Smith became the first-ever TMU golfer to be named an NAIA All-American. Smith also competed in the 2018 U.S. Amateur at Pebble Beach Golf Links in Pebble Beach, California following his sophomore season.

Since graduating from TMU, the Seneca, South Carolina native served as the Assistant Golf Professional at Cross Creek in Seneca, as a PGA Level I member. Smith also recently married his wife, Hunter, in April of 2021.

“I am excited and blessed for the opportunity to coach the golf program at Truett McConnell and help minister and make a difference in the student-athletes’ lives,” Smith said. “This is an opportunity I have always dreamed of doing and I’m thankful that Coach Patton and the rest of the staff at Truett believe in me to fulfill this role.”