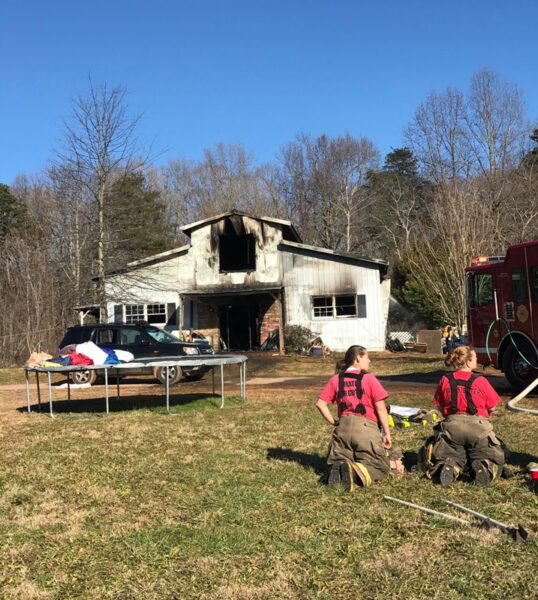 (Cleveland)- A White County home was heavily damaged on Thursday as a result of a fire.  White County Public Safety Director David Murphy in a news release said the call came into 9-1-1 dispatch at 12:12 PM.

White County Fire Stations 4 and 2, with mutual aid from, Cleveland fire and Lee Arrendale Fire Brigade were dispatched to 183 Skitts Mountain Road.  Murphy said upon arrival firefighters reported the house was 40% involved and all occupants were out.

Firefighters made a quick attack and knocked down the fire.  Firefighters were on scene for 3.5 hours. According to Murphy, no injuries were reported, and the Amerian Red Cross was called to assist the occupants.