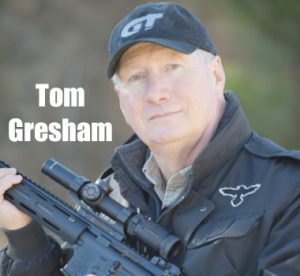 Now in our 25th year, Tom Gresham’s Gun Talk® Radio is the original national radio show about guns and the shooting sports, airing coast to coast on more than 250 stations each week. Call 866-TALK GUN (866-825-5486) to talk with Tom live during the show!

Tom Gresham’s Gun Talk, the first national radio talk show about guns and gun rights, first aired in March of 1995, and has grown 250+ radio stations and four million downloads of the show annually. It also was the first, to our knowledge, “podcast” about guns, since we started archiving each show online years before the invention of the iPod.