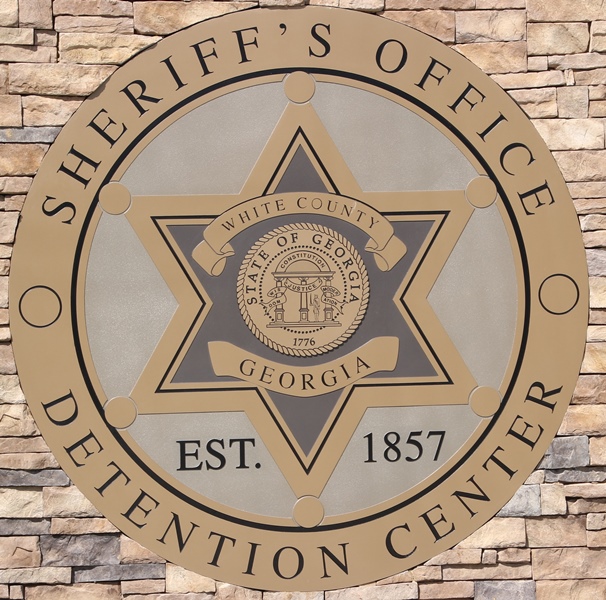 Cleveland – The White County Sheriff’s office has released its list of activities for the month of March 2021.

Among the arrests in the Uniform Division, 8 of those were for DUI, 9 were felony arrests and 20 for misdemeanor offenses. The department handled 25 domestic calls, conducted 301 traffic stops which resulted in 75 citations issued and 18 arrests, along with 50 accident reports. 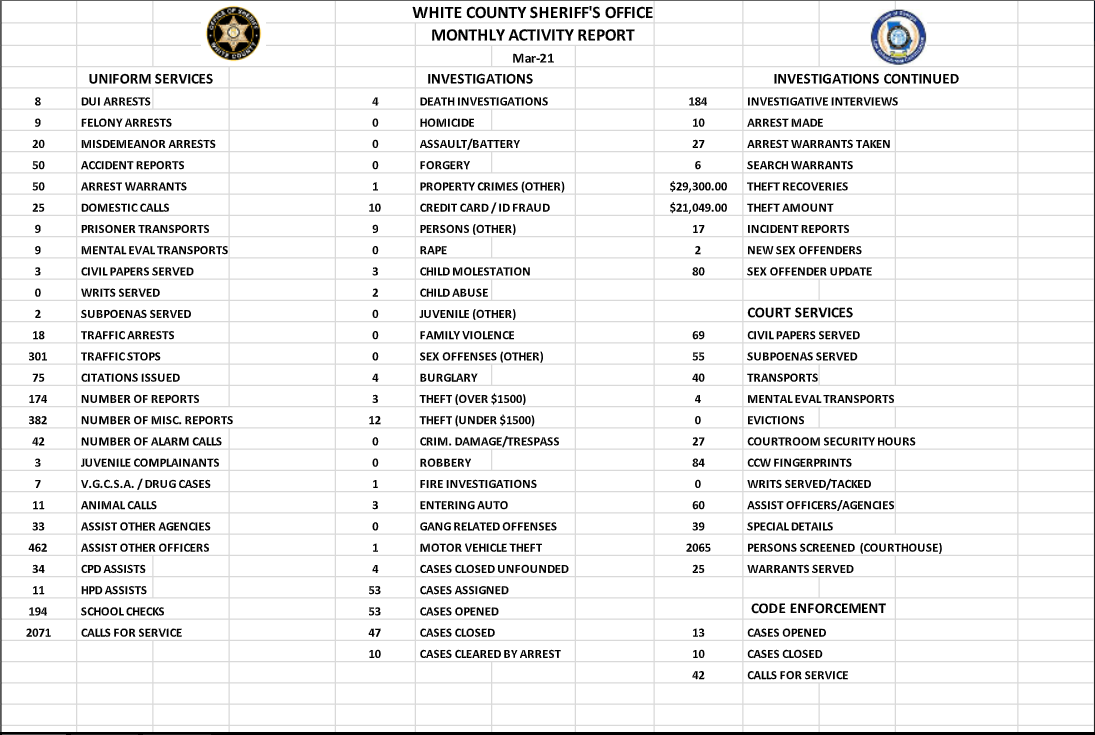