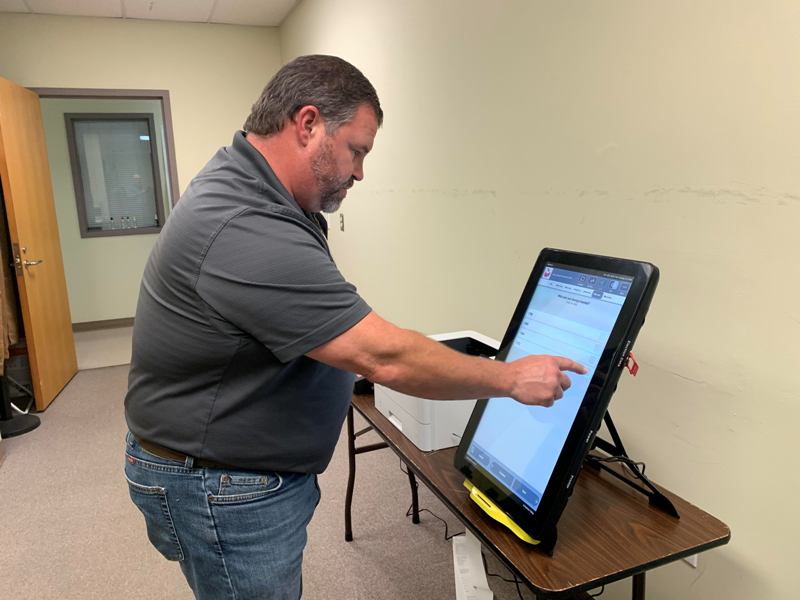 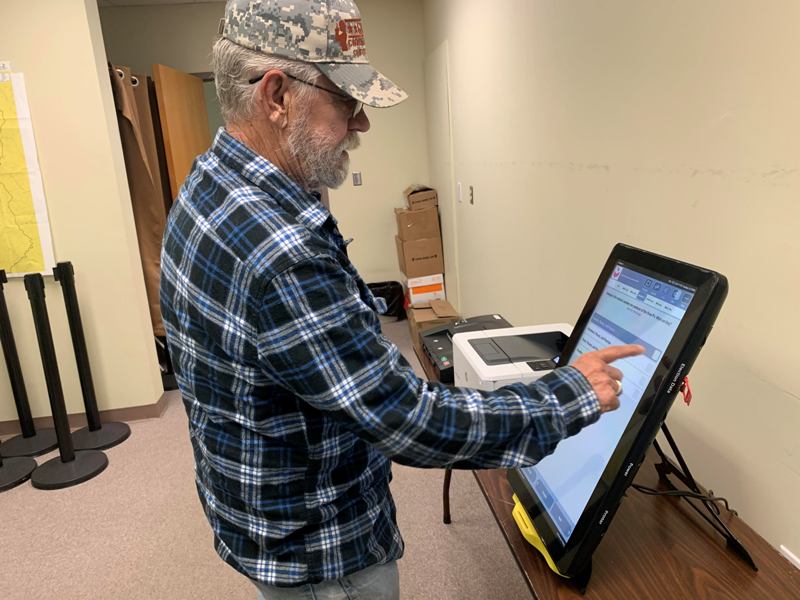 (Cleveland)- Voters in Cleveland and Helen are casting ballots today in municipal elections for each city.  The voter will not be using the new voting machines recently approved by the state, but all voters will soon be using them.

In an effort to have voters get familiar with the new machines White County Election Superintendent  Garrison Baker and Chief Voter Registrar Lisa Manning invite the public to come to see a demonstration of the new voting machines.

A demonstration machine is now set up at the voter registrar’s office and Manning encourages voters  to find out how they work before next year, ” we will be starting to  use those next year in March actually for the presidential primary, which early voting starts March 2nd,   and March 24th is the actual election day, ” said Manning.

Manning said, ” you can come by here in the voter’s registrars office, we’re in the Mauney Building  on the Helen Highway where you early vote, we’ll have the demonstrations between the hours of nine  and  four and we’ll be doing this through Friday, November 15th.”