Sports – The trip up the playoff ladder has come to an end for the Warriors Varsity Baseball team this year following a 5 to 3 loss to the Senoraville Phoenix yesterday.

The Warriors fought hard versus Senoraville High School in Round One of the GHSA State Playoffs during the three-game set over the past two days in Calhoun. White County fell behind in Game One but was able to pull out a late victory, 9 – 7. The Phoenix returned in the second part of the double-header Thursday to take the lead away from White County mid-game and holding on to win Game Two, 6 to 4.

The third game of the round one set started out positive with the Warriors holding the lead by two(2) until the bottom of the third when the Phoenix brought home three runs, pulling ahead by one. That was answered quickly by White County in the 4th, who brought in one more to tie up the game at three. 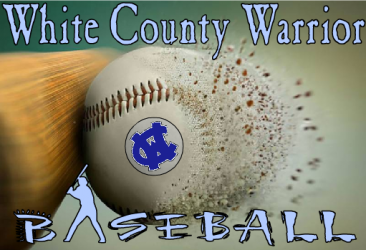 That would be the last points for the Warriors for the season, and Senoraville put up two more runs before the game ended, pulling ahead and taking the win with a final score of 5 to 3.

This was the Warriors’ first trip to the playoffs since 2013 and Head Coach Jim Waits has done a great job with the team this year. We are proud of our White County Warriors and congratulate them on a well-played season.