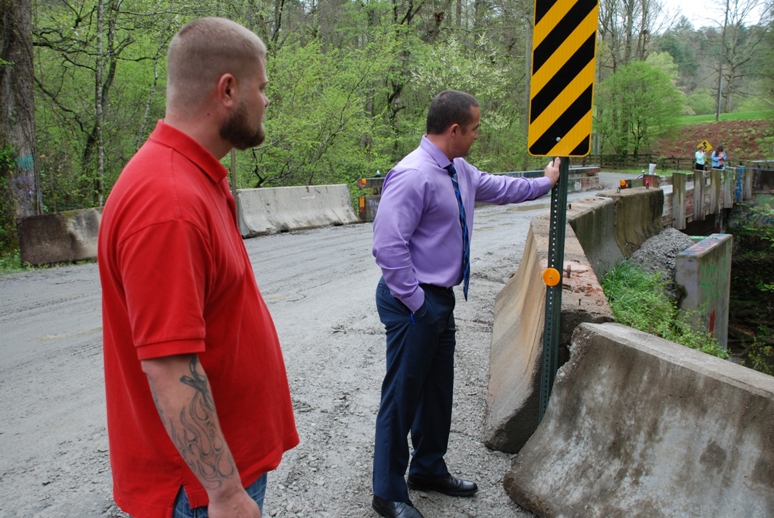 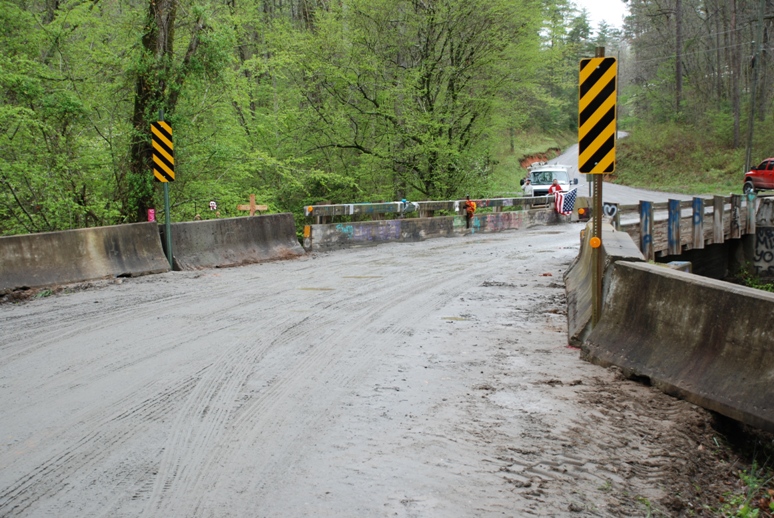 (Cleveland)- Temporary concrete barriers have been installed on all sides of the bridge  on Gene Nix  Road where two  White County teens died a month ago.  The safety around the bridge has become a controversial issue that has gained nationwide attention.

The father of one of the teens, Shannon Hamilton was arrested Sunday when he attempted to place his own barriers at the bridge. Hamilton was charged with interference with government property.

Chairman Turner met with Hamilton at the bridge location after the barriers were in place to talk about the process they have  taken and what they will be doing.

Hamilton told us after the two met, “It ‘s great to see that the community  has been so supportive  and see everyone come together to help push this cause and help prevent any other lives being lost at this creek. I’m very appreciative of that and I’m just thankful that they have finally  been put in place.”  He said,  “ it is definitely   a pro active approach to a deadly situation.”

Turner said, he felt the meeting  he and Hamilton had  was positive and he hopes it’s the first step to a healing process in this situation.