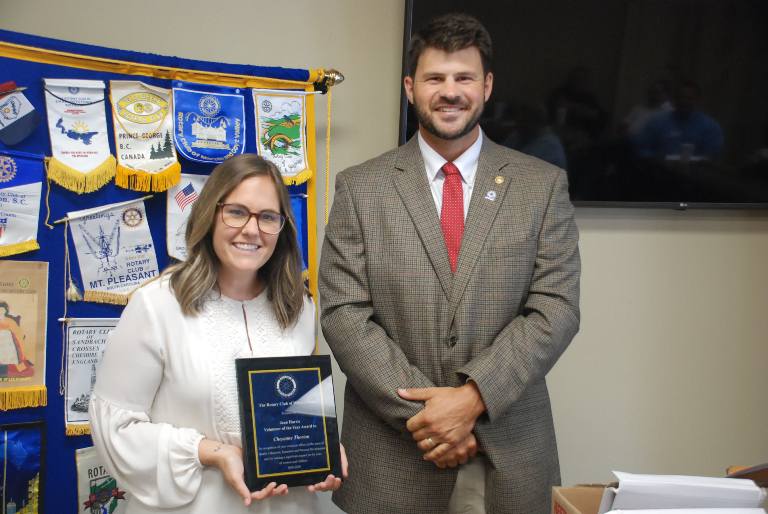 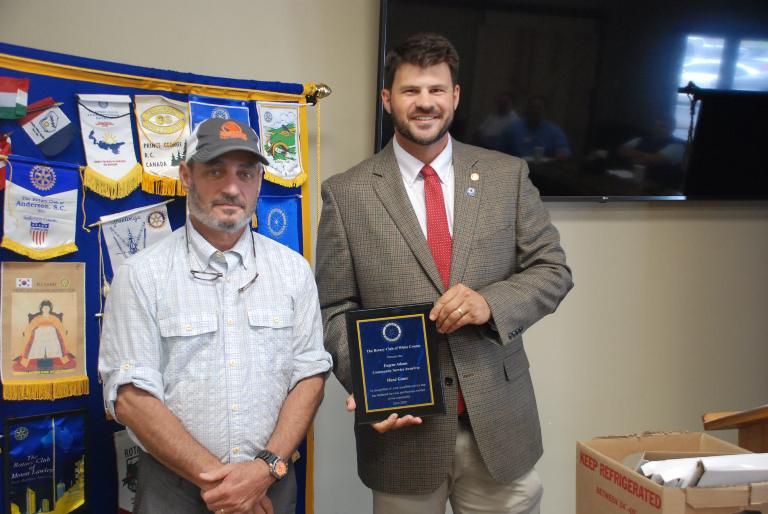 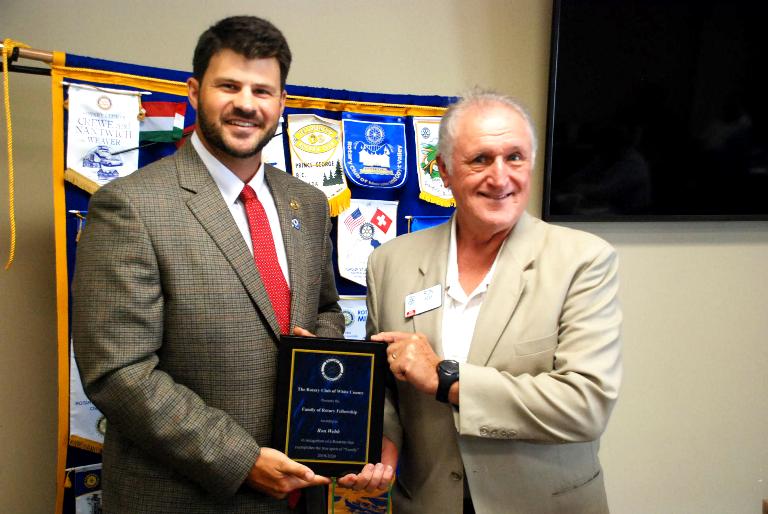 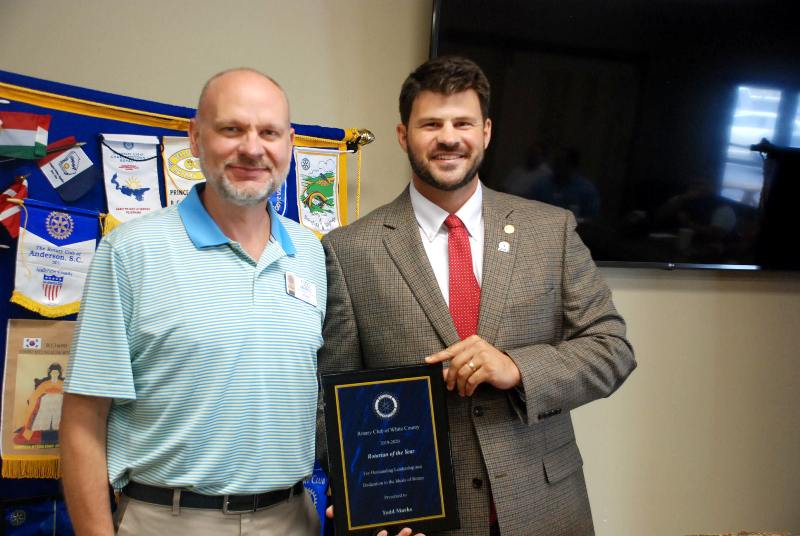 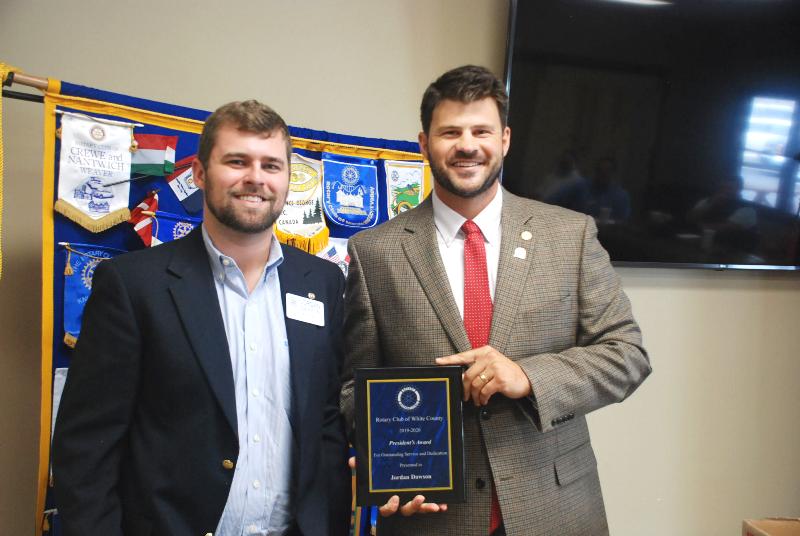 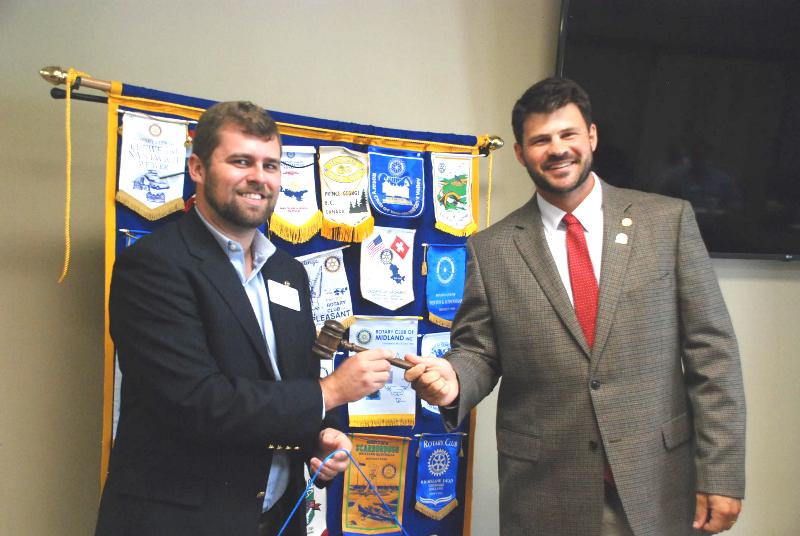 (Cleveland)- The White County Rotary Club held their first in-person meeting yesterday since March and the Coronavirus disrupted our lives. The meeting was held at North Georgia Bar-B-Que in Cleveland.   The club has been holding virtual meetings in the meantime.

Tuesday’s meeting was special in many ways including time for the club to recognize members of the club and the community during the annual awards luncheon. Nathan Eason outgoing president presented the individual awards.

The Jean Harris Volunteer of the Year award, which recognizes the efforts of a Rotarian or non-Rotarian woman who has made a significant contribution to the development and progress of others in the community, was presented to Cheyenne Thornton, Executive Director of White County Family Connection.

The Eugene Adams Award for Community Service went to  Ward Gann. The award honors a non-Rotarian local business or civic leader whose unselfish service has furthered the welfare of our community. The recipient has outstanding character, honesty, dependability, and integrity.

The Family of Rotary Fellowship Award recognizes a Rotarian who has made the effort to get to know fellow members and exemplifies the true spirit of family, That award went to Rotarian Ron Web.

Todd Marks was selected as the Rotarian of the Year. This award is selected by the membership and recognizes a Rotarian who has exemplified the meaning “Service Above Self”, the Rotary motto.

The President’s Award honors an individual who has been invaluable to the President of the club during the year. That award was presented to Jordan Dawson.

Following the awards presentation, President Nathan Eason passed the gavel to incoming president Jordan Dawson, who will lead the club during the new club year.