Remembering His Mom With The Release Of 99 Red Balloons 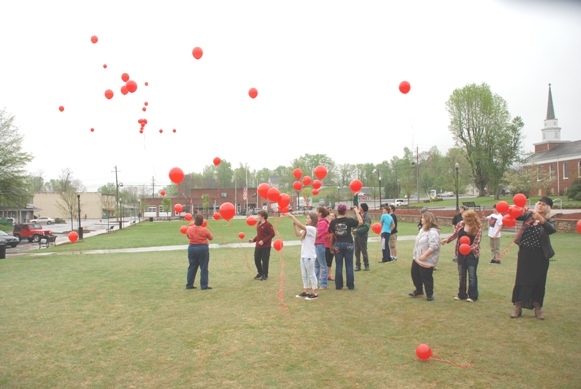 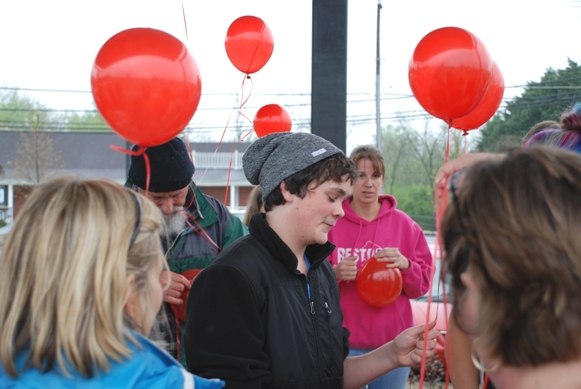 The release of red balloons at Freedom Park in Cleveland

(Cleveland)- Fourteen year old Anthony Gayla knows a lot about loss,  his father left the family when he was just four months old and his mother who suffered a life long illness died on April 15th  one year ago.

His grandmother and guardian Doreen Reimann said,  her daughter Jeanette was born with a birth defect that made it difficult to walk, but she loved to dance.  Her favorite song was  “99 Red Balloons”.

Anthony told his grandparents that he wanted  to release 99 red balloons to  mark the one year anniversary of his mothers death and he wanted as many people as possible to be involved .

Wednesday afternoon  Anthony,  family,  friends, fellow students and school administrators from the Ninth Grade Academy  met at Freedom Park in Cleveland for a special time and the release of a bunch of red balloons.

Anthony said, he was appreciative of the show of support, “ it’s very kind, very thoughtful and I appreciate it very much…it makes me very happy to see people do care. “

He said for the last couple of years his mother suffered and was in a lot of pain, “all I can think of right now at least  she’s out of pain now.”