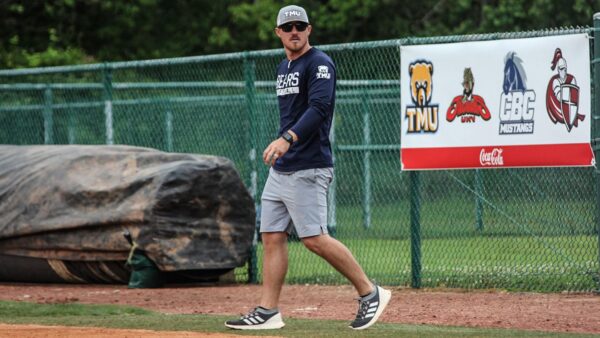 “I am thankful to have been spent the last four years here under coach Shepard and her leadership abilities,” Reichenberg said. “I am excited to step into this role as her associate head coach and I am thankful to Dr. Caner and the TMU administration for entrusting me with this role. I am ready to build off of our recent successes and get this year underway!”

Reichenberg returned to TMU in 2018 as the assistant softball coach after concluding his collegiate baseball career at Truett-McConnell University from 2011-2014, where he was a team captain and an All-Defensive outfielder. Reichenberg was capable of leading the Lady Bears, alongside Coach Shepard, to their most historical season in 2018, where they earned the program’s first-ever titles of Appalachian Athletic Conference Regular Season Champions and Tournament Champions. The Lady Bears also made their first-ever appearances in the NAIA National Championships Opening Round and NAIA National Top 25 Coaches’ Poll.  The Lady Bears have since earned a second AAC Regular Season Champions title, secured their highest NAIA ranking at No. 9, won the NFCA Leadoff Classic and made two more appearances in the NAIA National Championships Opening Round.

“Coach Reich is a tremendous asset to the athletic department and softball program,” Shepard said. “He is passionate about the sport of softball, influencing others in a positive way, and pushing the players to be the best they can be. He has worked so hard over the past 4 years and is very deserving of this promotion.

As an alumnus of TMU He is able to speak first hand of the impact this school has had on his life and now he gets to help make an impact on the lives of our softball players. I truly cannot express how appreciative and proud I am of him.”

The newly appointed associate head coach also spent three years coaching baseball and softball at Cambridge High School in Milton, Ga., while having spent three years at Cambridge High School helping teach in the Special Education Department. Reichenberg assisted the baseball program to two playoff appearances, along with helping the softball program to two playoff appearances, a region title in 2016 with a record of 38-1 and a 6A State Championship title in 2016. In addition, Reichenberg was honored as the 2016 Georgia Dugout Club Assistant Coach of the Year following the 2016 season.