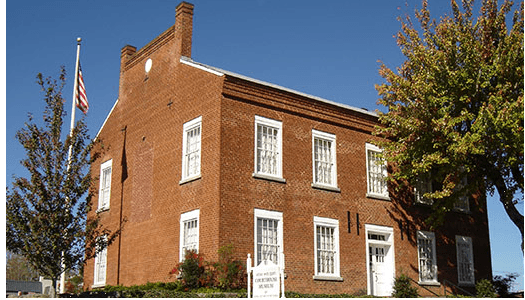 (Cleveland)- The White County Board of Commissioners and the Cleveland City Council  have proclaimed September 25 th as “Georgia
History Day in White County, ” and the city.

“This is to coincide with our open house and history day celebration at the Historic
Courthouse in Cleveland,” says Janet Cox, Historical Society President. Cox says the
Historical Society will have all kinds of exciting things going on that day to celebrate our
county.

“This open house is to show off our historic courthouse with its new wooden window
blinds, doors, and fresh paint throughout. The event will include live music, historical
displays, butter churning, and book signings,” says Cox. “There’s no admission charge,
so we hope everyone will drop by for the fun. We especially want to welcome the
younger people who have so much to learn about our county’s amazing history.”

For example, Cox asks, do you wonder how White County got its name? It’s not because
they had lots of snow that winter. Back in 1857, with the increased population, William
Shelton thought he had enough political clout to carve this new county out of Habersham.
But his fellow legislators disagreed. In fact, they voted Shelton’s proposal down twice.

Then, another legislator named David White went back inside. With what eyewitnesses
called “a skillful display of oratory,” he convinced the assembly to pass Shelton’s bill.

Shelton was so pleased that he immediately moved to name the new county “White” in
that man’s honor.

Then Cox says, Mt Yonah, the settlement chosen as the county seat, was re-named
Cleveland in honor of General Benjamin Cleveland, a hero in the War of 1812.

Later, in 1828, somebody discovered gold on Dukes Creek, and folks flocked in by the
thousands. Next, timbermen built great sawmills, and the Gainesville &amp; Northwestern
Railroad roared in and stayed until the 1930s.

Cox says that too many people to count have made imprints on White County. The list is
long—from Captain James Nichols, who built the gazebo atop our Indian Mound and the
Hardman House across the road, to Xavier Roberts and his Cabbage Patch Kids.

“Speaking of the Hardman’s,” says Cox, “we’re expecting a ‘surprise visit’ from former
governor Dr. Lamertine Hardman and his wife, Emma, around noon on the 25 th . They will
arrive in an authentic 1931 model Ford driven by Hardman Farm manager Bob Minish
and mingle with the guests for an hour or so. So, if you’ve ever wanted to talk to
Governor Hardman, this is your chance.”

Cox says the brand new 2022 Historic calendars will also be for sale at the event.