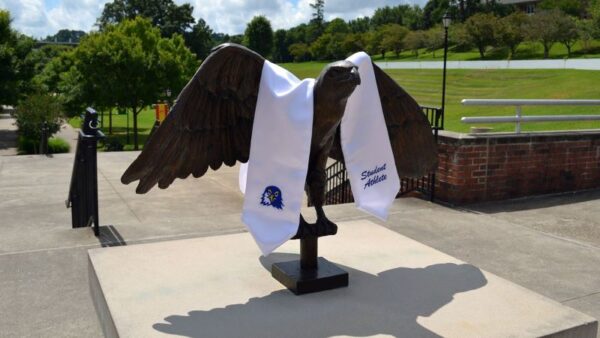 (AUGUSTA) – The University of North Georgia Department of Athletics has shattered its previous record of student-athletes on the Peach Belt Conference Presidential Honor Roll, putting 155 athletes on the list from the 2020-21 academic year.

North Georgia’s previous record of 134 was met in the 2015-16 and 2018-19 school years. UNG has put more than half of its student-athletes on the list for the ninth consecutive time, dating back to the 2011-12 season. The 2018-19 PBC Honor Roll was the most recent installation of the list due to the COVID-19 pandemic.

Starting with this year’s list, the PBC Faculty Athletic Representatives, who oversee the program, limited the honorees to those student-athletes who compete in the PBC’s 16 NCAA championship sports. Previous lists had included all qualified student-athletes, regardless if the sport they played was a PBC championship or not. Also new this year are associate members whose PBC student-athletes are recognized on the Honor Roll for the first time.

1,764 student-athletes were recognized on this year’s list, giving the PBC 1,000 or more for the 11th year in a row. A full list of North Georgia’s honorees can be found at the link above.