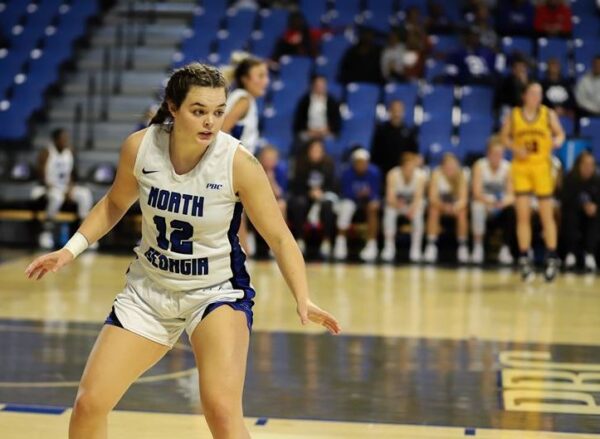 North Georgia jumped out to an early 9-2 lead, but the Tigers battled back, only allowing the lead to surpass 10 points for a total of 63 seconds early in the second half. Benedict took their first and only lead of the game on the heels of a 13-1 run near the end of the third quarter, but the Nighthawks answered with a 13-5 run to retake the lead.

The Tigers mounted one last push in the fourth period, cutting the lead to four late, but UNG held on to remain unbeaten.

NOTES
– Julianne Sutton finished a rebound shy of a double-double, tallying 17 points and nine rebounds. Lacie McCoy scored 15 off the bench, while Josie Earnhardt and Caroline Martin contributed 14 and 11, respectively.

– Benedict shot 24 free throws, making 16 of them, while UNG only had 10 opportunities at the stripe, making five.

NEXT UP
North Georgia will return home to host the UNG Nighthawk Classic this weekend. UNG will first take on Delta State in the first game of the classic Friday at 2 p.m.